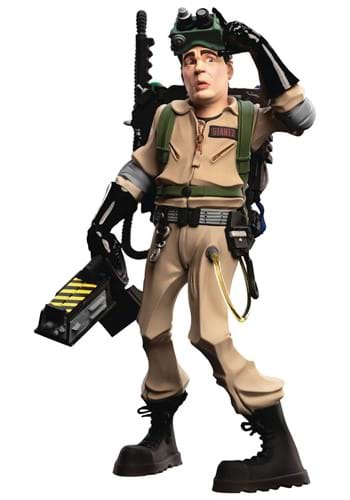 We know. The popular theme song makes it seem like the Ghostbusters aren't afraid of ghosts, but Ray Stantz? He's a little afraid of ghosts. Then again, he's attacked by supernatural beings all of the time, so it's pretty understandable that he's constantly on edge. This Ghostbusters: Ray Stantz Mini Epics Vinyl Figure brings you the classic character in a slightly anxious stance! This Mini Epics figure is carrying some of his standard gear, including his ghost trap, his proton pack, and his ecto goggles. He looks ready, but a little afraid, to capture a few troublesome ghosts!