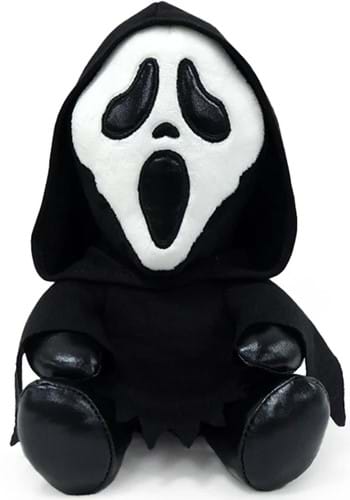 The original Ghost Face was pretty successful in terms of overall stabs and victims, but what if he had tried being adorable instead? Most people will run from a cloaked figure in a creepy mask, but if he had been, say, eight inches tall and made of snuggly plush, he could have gotten a lot closer to possible targets. Not that those are the intentions of this officially licensed Ghost Face Phunny Plush Doll. He just wants to sit on your shelf and look cutely nostalgic. We're pretty sure that's all he wants, anyway!