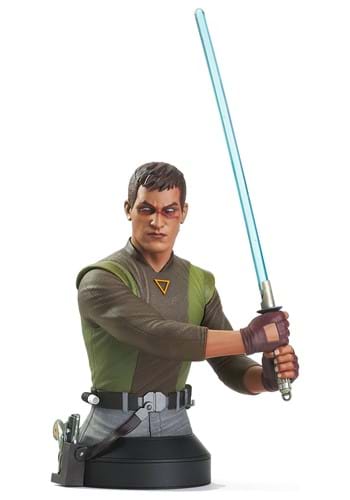 The Padawan that Lived

The Jedi have faced many trials during the rise of the Empire. Kanan was among the survivors, and lived long enough to train Ezra in the Jedi way. Now you can bring this mentor into your Star Wars collection with Gentle Giant Star Wars Rebels Kanan Jarrus Bust. Though not yet seen in a live action series, this bust shows what could be, translating Kanan from his animated series style into that of a realistic looking hero. This figure comes with an alternate head wearing a helmet over his blinded eyes, completing his look later in his storied life.