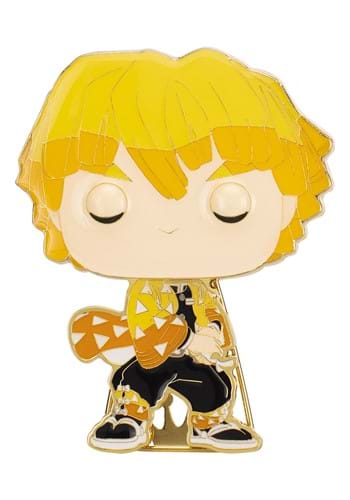 Zenitsu Agatsuma is a good role model. He just wants to live a simple life with his family. Too bad he became a Demon Slayers because all of that is out of the window. Even though he complained the entire time, Zenitsu underwent rigorous training before taking his entrance exam to the Demon Slayer Corps.

Because of this, he is a very proficient fighter but only when he's asleep. Don't worry—he has super hearing, so he can easily fight with his eyes closed. If you are a fan of the Thunder Breathing Hashira from the popular anime, check out this officially licensed Pop! Pins: Demon Slayer Kimetsu no Yaiba - Zanitsu Agatsuma.