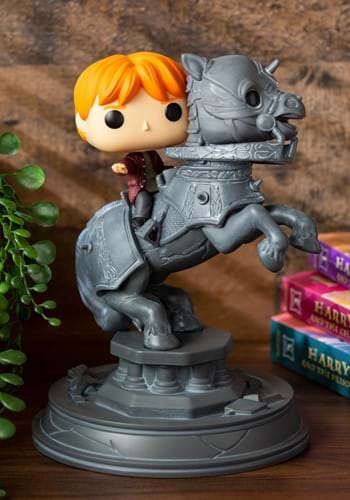 Ron might not always be the student that Hermoine is and he might not have the instinct for adventure that Harry proves to command. But nobody can claim the title of a Knight Wizard except for Ron Weasley. If you loved that movie moment as much as we did, you're going to love this officially licensed Funko figure depicting Ron making the game-winning move in the "greatest game of Wizard Chess ever played!"