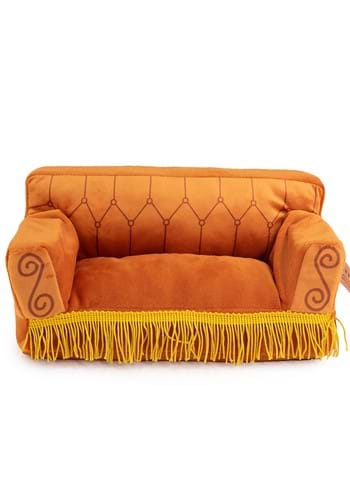 The One with the Dog

It's hard to keep a pet in New York City. Phoebe had rats that one time, of course, but those were short-lived. And Rachel's hairless cat turned out to be a little bit evil. Even though it would be nice to have a furry friend around the place to eat the pizza crusts and make you laugh, who needs that when you have Joey? Your pup can be an honorary member of the gang with this officially licensed Friends Central Perk Couch Squeaker Plush Dog Toy that looks just like sofa from their favorite coffeeshop.