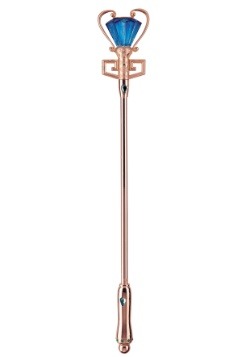 Elena of Avalor Light Up Scepter 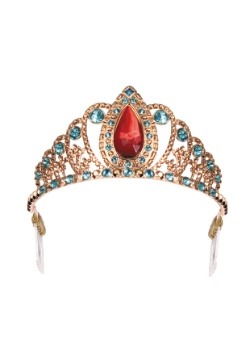 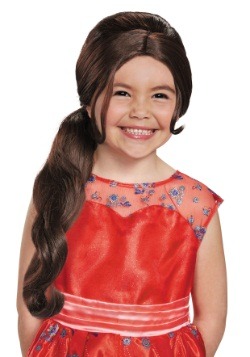 Do you have someone out there who is ready to rule? If everything we've heard is true, it is apparently pretty tough and some little ones might have a bit of learning to do before they're ready to don the crown and take command of the entire country! Fortunately, we have a feeling there are a few folks ready to help your tyke get fully ready to become a queen!

Sounds like this is a story just like Avalor and its lovely Latina-inspired princess. A long time ago, Elena was given a magical amulet by her adoring parents. It was supposed to protect her from all sorts of danger... and boy did it do its job! When the wicked sorceress showed up, keen on taking over the lovely ocean-side kingdom—zap!—she got stuck in a pendant for 41 years! Her family got stuck in a painting and... let's just say that things got pretty rough!

Fortunately, Elena was freed and managed to win back the country. But... what next!? Well, a youngster Princess like Elena might have all the necessary gumption to make everyone in the kingdom happy, but there's a lot to learn about managing a kingdom. (Too bad she didn't have a chance to play some Minecraft or SIMs, right!?)

With the team of (mostly) good-intending council members, Elena would gather up the mighty Scepter of Light and don her bright tiara and announce herself as the Crowned Princess! It was time to work together with everyone to make Avalor shine just as brightly as that magical scepter of hers.

So, now it's your family's turn. No doubt your kiddo has watched every episode of Elena of Avalor and jumped with glee at the idea of a movie. Isn't it about time that you offer a crown and scepter so your tyke can start learning all of those same lessons! You've got a grand opportunity to do exactly that with some of our hit Elena of Avalor costumes.

You can start off with Elena's iconic outfit: a lovely rose-colored dress with ruffled tiers. (She's certainly not the 'sit down and relax' kind of ruler, after all!) It's important that an Elena look includes some great opportunities to run, jump, and even fly on one of the trio of jaquins—the talking, winged jaguar creatures that serve as the mascot for Avalor... and boy do they love reminding everyone that they're on the flag!

You can bulk up that costume with some Elena of Avalor accessories, too! Her gem-sparkling tiara was passed down through the family and it's well beyond time that Elena is able to wear it upon her energetic brow. Your tyke can also feel pretty magical when holding a scepter, especially if it gleams with light just like the real one! The only thing that could make this coronation better is if you had a few stuffed jaguar friends and some Latin-inspired sorcery to come along for the trip. Take a look through our Elena of Avalor costume options and get ready for your tyke's adventure to begin.