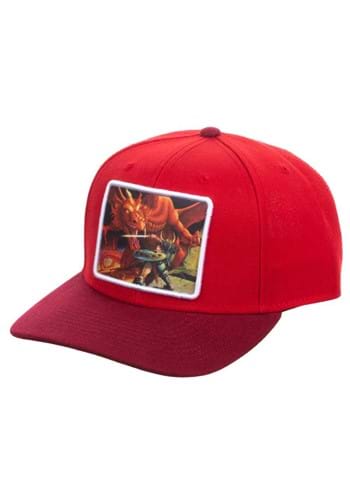 99 Problems, and a Dragon is One

Each new campaign brings new problems. In our last campaign, we had to track a lich through a spooky library. In the one before that, a group of rogue elves had built some kind of strange shrine in the middle of the woods that acted as a gateway for an interdimensional being. Before that, we ended up in an underground realm ruled by goblins, and we had to find a long lost golden fork in order to become the new leader of Goblandia. And don't get us started on the dragons! We've fought more than our fair share of goblins in our time...

That's just the magic of Dungeons and Dragons. No matter how many times we roll up new characters and start a new adventure, there's some strange new problem we have to solve... and it never gets old!

Our love of the quest has spilled over into fashion! Just look at this Dungeons and Dragons Pre-Curved Snapback Hat! The front of the hat has a sublimated patch with brilliant colors. It features a dynamic scene of a hero battling against a dragon. It has a size-adjuster in back, making it one size fits most. Once you wear it, you'll have the problem of "what hat should I wear to DnD night?" solved!