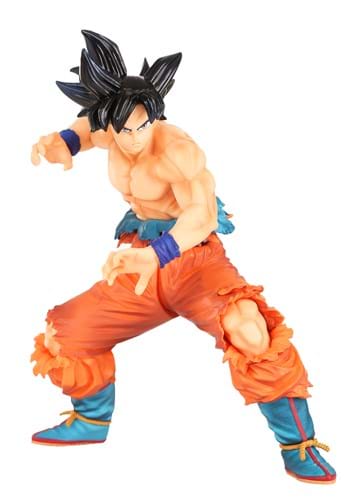 Goku hasn't always had good instincts. When we first meet Goku in Dragon Ball, Bulma bumps into him in the middle of the woods. He tried to attack her car because he thought it was a monster. Of course, after many years of training and traveling the universe, he's sharpened his instincts quite a bit... to the point where his Ultra Instinct technique allows him to fight on par with the gods of the universe! He's not out there trying to beat up automobiles anymore, no sir! This Bandai action figure brings you Goku at the height of his Ultra Instinct mode.

This Dragon Ball Goku Ultra Instinct Sign Bandai Figure is an officially licensed collectible figure from Akira Toriyama's masterpiece anime series. The figure comes with 2 pieces that snap together. The figure stands around 8 inches tall when fully assembled. The figure itself has muscles, wrinkles in clothing, and tears. It also features a color scheme that looks like it came straight from the anime. Goku is locked in a deadly pose and he looks ready to face off against the mightiest foes in his universe (or the next). It's an easy choice for any Dragon Ball Z collector.