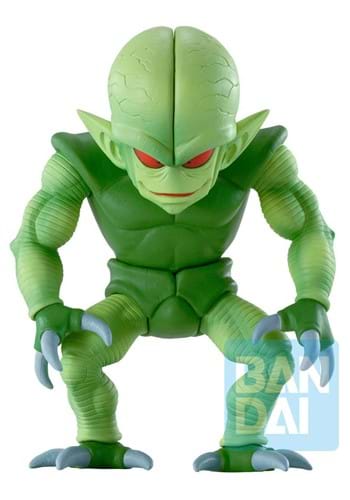 Power in a Tiny Package

It's tough to believe, isn't it? This little green runt is about as powerful as Raditz. You know, Raditz. The guy that took the combined effort of Piccolo and Goku to defeat. The guy who took Goku down with him. Now, Vegeta and Nappa show up with a bunch of these little guys, and each of them is as powerful as him? Looks like things are going to be rough for the Z Fighters! If you want to add some power to your Dragon Ball Z collection, then you're going to need this little dude. The Dragon Ball World Tournament Super Battle Ichibansho Saibaman Action Figure recreates the character from the Akira Toriyama anime series. The molded vinyl figure features no movie parts and stands just under 4 inches tall. He's ready to do some serious damage (better keep him away from Yamcha).