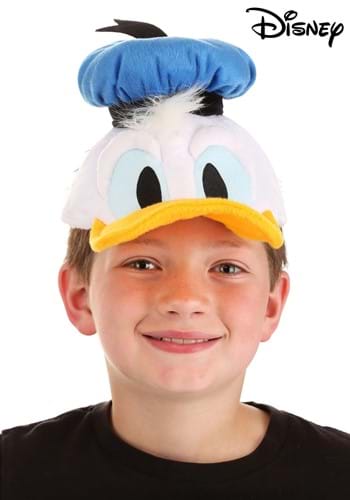 Two of Donald Duck’s most distinctive traits are his fiery temper and his unique voice. He often gets into trouble, whether through his own bad decisions or a string of bad luck, and he isn’t the type to sit back and do nothing! Part of his frustration sometimes comes from misunderstandings due to his squawky voice, which other characters have trouble deciphering. However, despite all his antics, Donald Duck has appeared in more theatrical films than any other Disney character. Underneath the bravado, he has a warm, friendly personality that we can’t help but love.

If you want to practice your own Donald Duck voice, it’s much easier when you can get in character! Our Plush Donald Duck Headband will help you do just that. This officially licensed headgear features the top of Donald’s head, sporting his own iconic blue hat, with the top of his bill literally functioning as yours. Celebrate a classic character with this adorable headband!