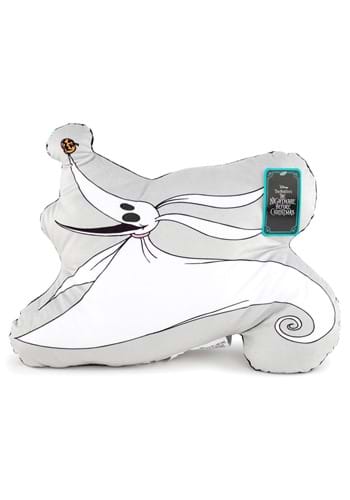 Who's a Good Ghost?

Just because Zero is technically dead doesn't mean that he isn't your typical pup. He loves to play fetch (albeit with bones), bark and run around, chase his tail, and snuggle with you on the couch. One of the best things about this officially licensed Disney Nightmare Before Christmas Zero Pillow is that if you try to pet it, your hand won't go through it! Its fiber-filled fabric case is printed with a sweet picture of Jack Skellington's dog, which is much more tangible than the movie version.