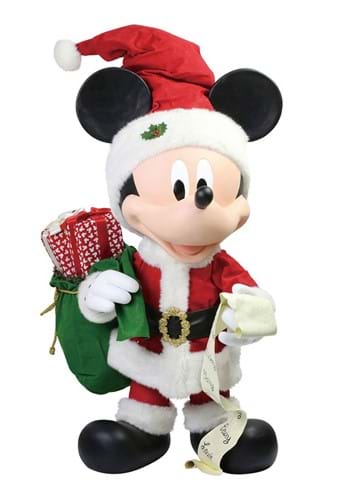 When you think of your favorite Disney character, you probably think of a nice one. (Although we have to admit that some of those villains are far too charming.) Even though Mickey gets into mishaps every once in a while, he’s still pretty great. And we think those experiences with mischief would help make Mickey a great Santa Claus. He would understand that even though your kiddos may have gotten a time-out or two this year, they still deserve a place on the nice list. As you can see, his is already underway, and it’s pretty long!

This Merry Mickey Mouse Santa Statue from Department 56 is officially licensed, making it a great gift for Disney fans. Mickey is dressed in a bright Santa suit and carrying plenty of presents for all his friends on the nice list. This delightful piece will make a cozy addition to your holiday display!