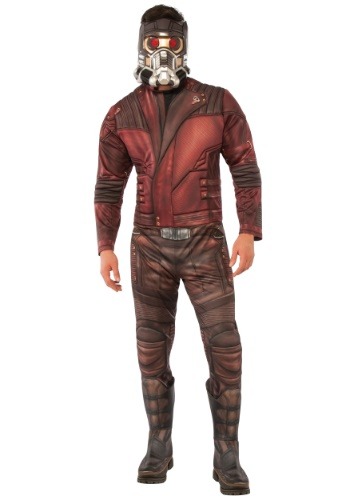 A Star is Born

Peter Quill has led quite an extraordinary life, even for a comic book character. Raised by his human mother, abandoned by his birth father (who is also a space king, because comics), lost his mother while she was trying to protect him, raised in an orphanage, escaped to space in a stolen ship, and was raised by space pirates; Quill is no stranger to, well, the strange. He has saved the universe countless times (even for a comic book character, which is saying a lot) and never received anything in return but the smiles of his friends. In the movies, Peter is somewhat of an uncaring slacker (which is canonically accurate), but he uses this as a defense mechanism. He doesn't like to get too close to others with all the trauma he had as a young kid. But like life, our decisions only take us so far then things are in the universe's hands.

Okay, enough serious stuff. Peter himself would be rolling his eyes. Quill is a man of action, not a man of words! If you want to be like Starlord, your first step is to pick up an Adult Deluxe Starlord costume. The outfit is movie-accurate, so you will be turning heads quicker than you can say, "I am Groot." Don't be surprised if people stop you on the street and ask if you are a space hero (you're welcome). The jumpsuit has print throughout and pads in the chest, shoulders, elbows, and knees area, so you will look as good as the lead actor did in Guardians of the Galaxy. There are elastic bands that go underneath your feet so you can kick bad guys in the head without worrying about your shoes coming off. Starlord's most notable feature is his iconic helmet. In the moves, they didn't explain his weaponry or gear, but his helmet is based on Kree technology in the comics. With this fantastic costume, you'll be able to traverse the universe with the best of them—just pray you don't run into any space pirates.