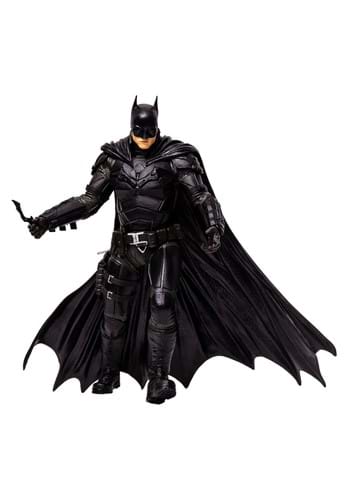 Batman is bigger than life. You can't even mention DC Comics without his name coming up. He is a staple not only in the DC Universe, but countless anti-heroes are based on Bruce Wayne. He is the original brooding, rooftop jumping, fearless animal-based character. If you want to get your hands on this officially licensed Batman Collectible, pick up this DC The Batman Movie Batman 12" Posed Statue.

Another thing Batman is known for is his zany rogue's gallery. He has faced some of the most creative villains the comics or movies have ever seen. In The Batman Movie, he goes up against the cunning Riddler. Since this is a more realistic take, this Batman Decor shows Bruce rocking his military-grade body armor. He is going to need it against The Riddler and his thugs. If you think nothing is bigger than Batman, check out this huge DC The Batman Movie Batman 12" Posed Statue.