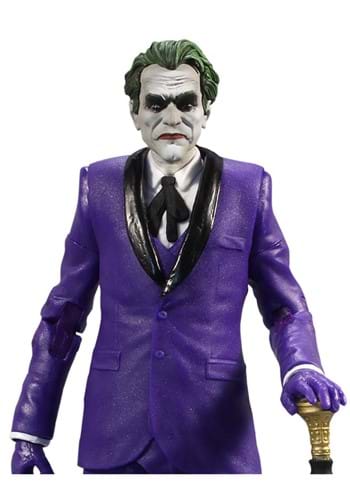 Three Jokers is one of the most mind-bending comic books to be released. In it, there was not one, but three Jokers, as the title of the trilogy suggests. Each Joker looked like the one we've seen in the comics since the 40s but they each had three different roles and personalities. Now, you can add one of the three to your collection with this DC Multiverse Batman: Three Jokers: The Joker Figure: Criminal. This version of Joker is much more calculated and focused. Like the head of a crime family, this Joker wants to stick to the plan and see it through till the end. Be sure to gather all three and lock them up in tight quarters! You don't want a jailbreak with even one of these clowns involved.