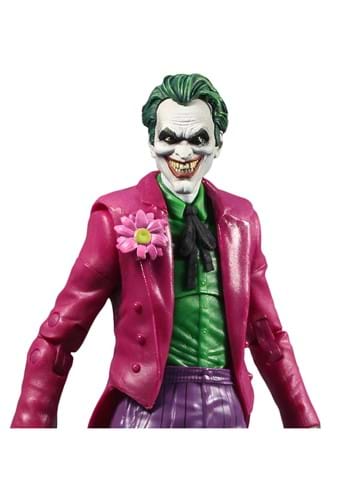 Clown Around and Find Out

Missing the days when the Joker used razor-sharp playing cards and acid-spraying flowers as his weapons? Well, you can have that Joker back in the trilogy comic book Three Jokers. That clown is back with two other versions of the infamous Clown Prince of Gotham. The three Jokers work together to give Batman one of the wildest mysteries he's even had to solve. Now, you can make this version of the sinister jester a part of your DC collection with this DC Multiverse Action Figure from Batman: Three Jokers set. It features The Clown variation of the Joker. Just be careful inviting this clown into your home. You may be made the butt of a killing joke!