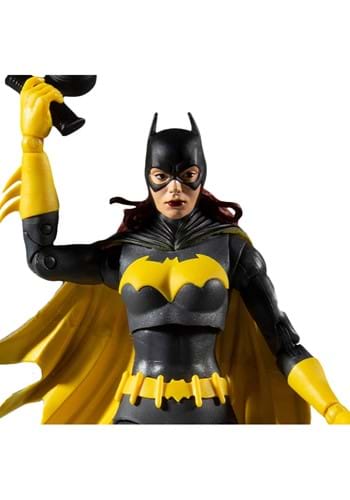 There have been a few iterations of Batgirl throughout DC Comics, but Barbara Gordon is the OG, hands down. Before she became Batgirl, Barbara always had a knack for thinking one step ahead and solving crimes. When your dad is the commissioner of the most crime-riddled city in America, that tends to be the case. At one point, Batgirl was put out of commission by the Joker and was forced to sit on the sidelines, but she didn't sit for long. She became the Oracle, the eyes and ears of the superhero community. She brokered information for other heroes and assisted Batman on many adventures. Luckily, she did get the use of her legs back (because comics) and was able to jump back on the front lines. Barbara Gordon isn't one to sit for very long, so pick up our DC Multiverse Batman: Three Jokers Wave 1 Batgirl 7-Inch Scale Action Figure. This plastic Batgirl figure has 22 moving parts and comes with various accessories, perfect for taking on any mission. If you are a fan of Batgirl or DC Comics in general, you will flip for this officially licensed Batgirl action figure.