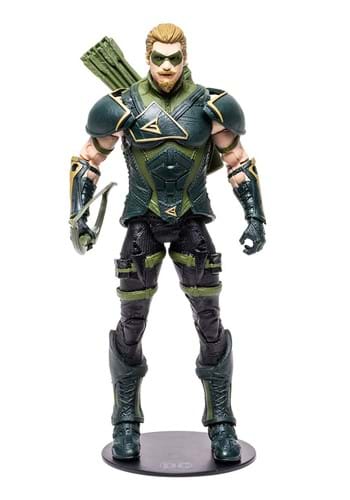 A Shot in the Light

Oliver Queen is the man. Everybody loves the guy. He's like that friend who is kind of rude and rough around the edges. You know that friend, the one who "keeps it real" a little too much (like past refreshingly honest). The character has been around DC Comics for quite a long time, so there have been many iterations. They have all shared the same ideas. Our DC Gaming Wave 7 Injustice 2 Green Arrow 7-Inch Scale Action Figure is no different.

Injustice 2 is a great game and an even better comic book. Oliver Queen does what he does best in both version—cracks jokes and shoot arrows (and he never runs out of either). This version of Green Arrow shows him in his battle-ready gear, ready to also crack heads and save the day. If you are a fan of the Emerald Archer, check out this officially licensed DC Gaming Wave 7 Injustice 2 Green Arrow 7-Inch Scale Action Figure.