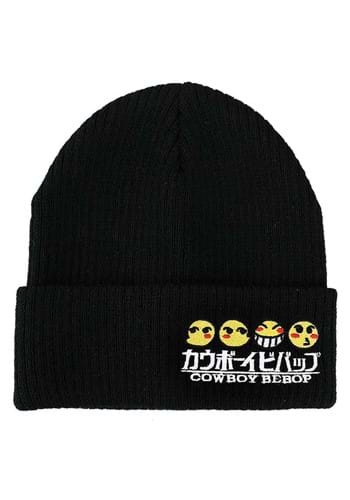 Radical Edward built up quite a reputation that left Jet and the others on the Bebop a little confused. If you were to believe everyone that Jet asked, Radical Edward would be a “seven-foot-tall ex-basketball pro Hindu guru drag queen alien,” when in fact, she was a thirteen-year-old human girl. Ed helped the crew with some of their bounty hunting, and she was an absolute computer whiz, but we loved her for her unique personality as well. Celebrate this delightful character with this Ed Emoji Beanie! It features her hacking emoji faces embroidered on the brim, and is sure to keep you toasty even in the cold corners of space.