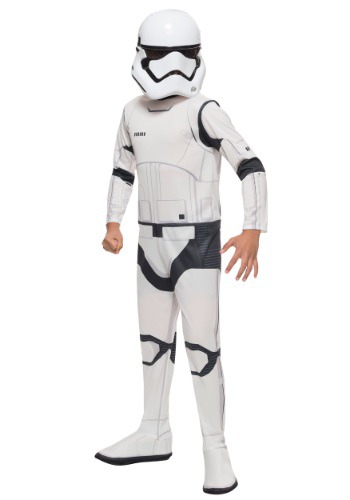 The thing about several years of preparation after a rather crippling seeming defeat by the Rebels and their newest Jedi (and the betrayal of their prime Sith Lord) is that the Empire pays attention to the mistakes it has made.  Well, sort of.  Admittedly, they’ve kind of repeated some of the similar plans that failed the first time.  But, the days of Stormtroopers firing random blaster fire into the air and entertaining rather than defeating the Rebels is long over.

Thanks to the inception of their new leader of the New Order, Captain Plasma, the Stormtroopers are a trained for like they’ve never been before.  Most notably are the improvements to the optic systems in the Stormtrooper’s new helmets.  No longer can lazy swipes of a lightsaber ensure that no one will be struck by the ever more accurate blaster fire.  Heck no, these helmets are so well designed even kids can wreak some havoc with a blaster.  (Then again, kids probably would have been able to anyway.)

So, while we hate the idea of giving the Empire more forces to use against us, we can’t deny your tyke the opportunity for advancement in a highly rewarding career path.  (Plus, rumors are that some of the Stormtrooper defectors are among our best allies!)  Either way, this officially licensed Child Classic Star Wars Episode 7 Stormtrooper Costume is the way to go for some serious fun.  The polyester jumpsuit features all the iconic and updated designs of the Stormtrooper outfit we love and the hard plastic mask is the perfect new image of the galactic police force!