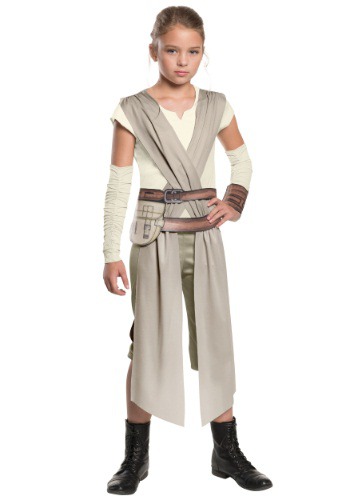 The galaxy is in a rough spot.  Sure, the Empire had a pretty major blow to their success and the Jedi Order managed to escape complete destruction, but you know there is still a lot of work to do when they are able to up and create their Death Star 2.0… this time planet-sized and ready to destroy entire solar systems.  Jeez.  One planet at a time was too slow a route of total extermination, Emperor Crazy Pants!?

Well, in a time of dread like this, we’re definitely going to need our heroes.  Good thing that our favorite Stormtrooper-turned-ally is on the job to get Beebee-Ate safely to the rest of the Rebels with the plans for the terrible Starkiller Base.  (Hmm, something about that seems just a little familiar, somehow.)  Boy, if only BB-8 would run into a Force Sensitive hero that would risk her skin to do the right thing!  Well, you see where we’re going with this.  There’s only one savior that the galaxy needs, these days and Rey is more than up for the task!

Still, having a solid support team is always the way to go wherever possible.  Rey might need the guidance of a group of folks that have been through some of these struggles before.  Maybe someone that knows a bit about those Force powers that she’s going to be working on or knows what sorts of threats might be in the way.  Good thing that your tyke has you to help them out on their way.  And this seems like the perfect way to combine heroics with potential.  Show your own kiddo the way to awaken the Force with this officially licensed Child Classic Star Wars Episode 7 Rey Costume.  The jumpsuit and flowing fabric is perfect for desert wear and Force training!  Now, keep an eye out for BB-8 and Finn, because we’re going to need everyone!