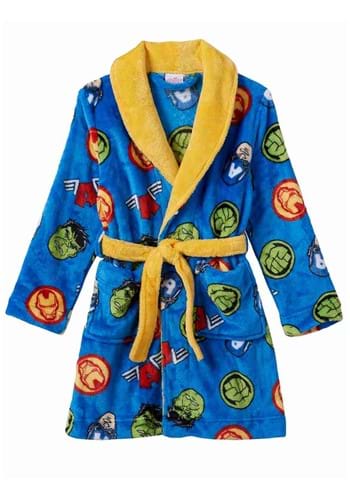 Suit Up for Bed

It's been a long day of saving the world! First you had to battle some aliens that Thanos sent via his would-be conqueror Loki. There were so many of them that you had to act out Thor AND Hulk AND Iron Man AND Captain America's fight scenes, along with the proper weapon noises. Exhausting! Then you had to blow up the aliens' ship and make it back through the wormhole before it closed. You've earned a break. Time to cozy up with an officially licensed Avenger Time robe and enjoy a good rest. Mankind thanks you!