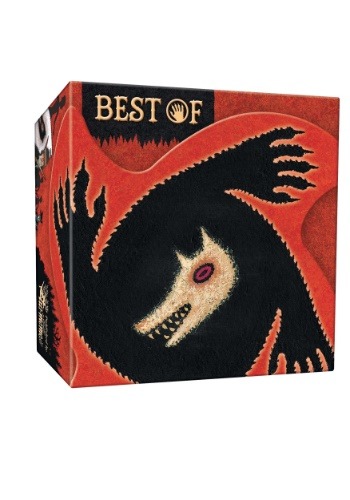 Werewolf in the Office

We thought we discovered a werewolf once. Dave, from Accounting, had all of the telltale signs. When he gets excited, he makes this weird howling noise. Barking can be heard coming from his house late at night. He eats a suspicious amount of beef jerky AND his face has a ton of fur on it. Awfully suspicious if you ask us!

Of course, we were wrong. It turns out that Dave has a bunch of pet dogs and a really thick beard. And his brother works at a beef jerky factory… so he’s just a normal dude. It was good practice to help us during a thrilling game of Werewolves of Miller’s Hollow.

Werewolves of Miller Hollow is a unique game where everyone is a suspect! Players are given secret roles at the beginning of the game. Some players may even be werewolves. Werewolves will spend the game trying to evade suspicion while transforming other players into werewolves. This game comes with everything you need to play, including a rule book, 28 cards, a medal, and cord.

So, even though Dave may not have been a werewolf, it was an important learning experience for us. Now, we think that Bill from Marketing is a werewolf. We’ve never seen him out during a full moon… and we find that very suspicious!