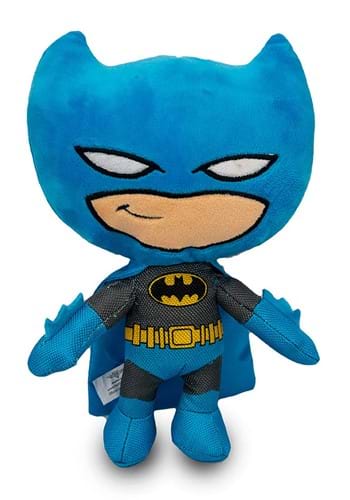 Batman Has Met His Match

You've always enjoyed watching the Batman movies and the animated series, and your pup has been there right beside you. Now, he can finally play with his own Batman Squeaker Dog Toy instead of going after your collectibles. Sadly, like all of your dog's toys, this Batman's fate is inevitable. Sooner or later, you'll come home to a trail of stuffing. It will eventually lead you to the scene of the crime. Prepare yourself. The Joker, the Riddler, and the Penguin couldn't take down Batman, even if they all teamed up. However, your pup will have no problem ensuring that the Dark Knight won't be doing anymore rising.