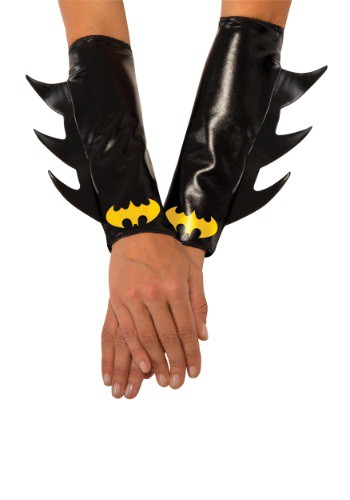 Gotham City is a massive place with many spots for the villains to hide.  And, they’re pretty darned good at it.  While Batman is unquestionably one of the best vigilante heroes out there, he’s only one guy and he can only cover so much in a single evening on his own.  Fortunately, the guy has plenty of backup.  Between the amazing Alfred, who we’re pretty sure is the actual Gotham hero, and his caped buddy, Robin (and his varied incarnations), one would think that everything is under wraps.

But, there’s one more hero that not only helps to finish off the Batfolk group but paves a brand new path to heroics, usually without Batman even knowing what’s going on!  Batgirl is a hero all her own.  Heck, Batman is lucky she even modeled herself after him in the first place!  But, no matter how skilled you may be at kicking villain butt, you need to watch yourself for their nasty weaponry.  That’s why Alfred helped us out in fashioning these fantastic and officially licensed shiny polyester fabric Batgirl Gauntlets.  They’ll shine darkly and reveal the bright yellow Batgirl symbols that’ll have the baddies running for the alleys!