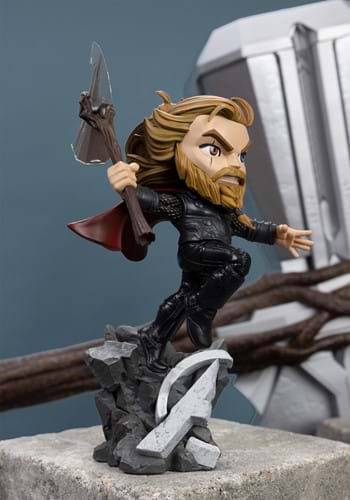 Is it just us, or are Thor's actions following the Decimation the most understandable of all? His team couldn't stop Thanos from causing the Blip and couldn't get him to reverse the action. What would we do, we ask ourselves? Would we hope against hope and continue to unite humanity? Or would we eat our feelings? We hope we'd do the first, but we'd totally get it if we ended up doing the second instead. In this officially licensed MiniCo statue, however, Thor is clearly back and ready to fight. Commemorate an awesome battle with this equally awesome figurine!