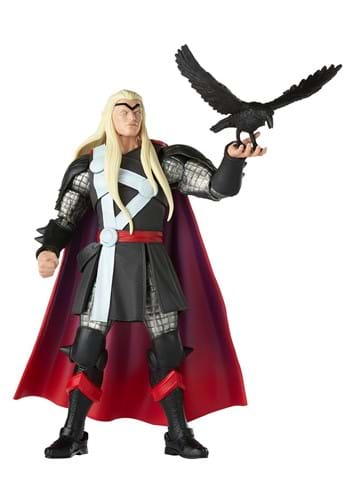 Yeah, we know. Thor as a Herald of Galactus is as OP as it sounds. In Marvel comic books, we've only seen The God of Thunder this powerful in a few instances. One was where he acquired a bunch of ancient Norse Runes and became uber-powerful. This version of Thor is still very potent, but this transformation is much more controlled.

Just know that things are going down when the Odin Force (or Thor-Force, now) and the Power Cosmic come together. Check out this Avengers Comic Marvel Legends Thor Herald of Galactus 6-inch Action Figure and learn more!

This Thor Action Figures show what happens when Galactus needs a hand from the King of Asgard. There was a threat so huge that even the infamous planet consumer was scared out of his mind. Because of this, he imbued the newly crowned Prince of Asgard with the Power Cosmic to help him on his mission.

This Marvel Legend comes with Thor's mighty hammer and the all-seeing crows that once belonged to his father, Odin. If you are a fan of this Avenger and need an officially licensed collectible, you must pick up this Avengers Comic Marvel Legends Thor Herald of Galactus 6-inch Action Figure.