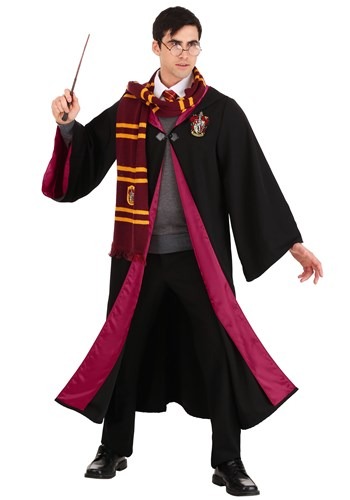 Time for Some Fun Fiction!

The best part about a fantastic series of books and films is making them your own. Imagine what would have happened if Harry Potter had to go face to face with a troll! Oh, wait. He did that. How about a legion of centaurs? Oh... yeah, he did that, too. Ghosts? Goblins? Actually, we're talking about a kiddo who had encountered more monsters than a full D&D campaign before he even had his first smooch!

All that means is that it is time to come up with some new adventures for the Boy Who Lived that would all be set after he was out of the mysterious realm that is Hogwarts. Now, we know that he went to work for the Ministry as an adult. There, he acquired a few additional scars to complement the iconic lightning bolt on his forehead. How do you imagine that he came across each of them? The murder of a Medusa? Group therapy for a seven-headed Hydra?

Whatever exciting adventure you want to write for the next chapter of the Wizarding World, we'd like to help you look the part with this officially licensed Deluxe Harry Potter costume for adults. Not only will you have a soft knit sweater with the iconic Hogwarts dickey and faux silk tie, you'll be decked out in a hooded robe that features the Gryffindor crest. You might be asking if Potter would really be wearing his old school robes after he grew up, but just think of it like keeping your letterman's jacket around!

Tell the final chapters of the tale when you dress in this Adult Harry Potter costume. Add a scarf, wand, glasses, or a faux scar and you'll be ready for Harry Potter #8!