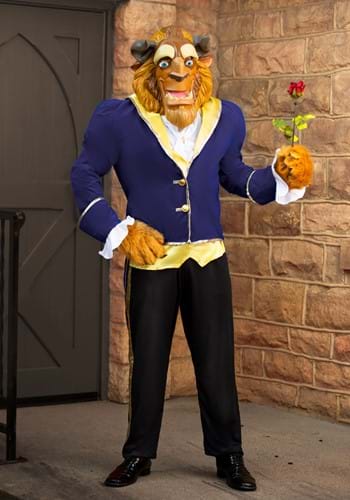 Everyone has done things they aren't proud of, but Beast (probably) takes the cake. In the past, he's been anything but a prince. First of all, he was rude to the beggar woman who was looking for a place to stay and slammed his castle door in her face. There was also that time he kidnapped an elderly scientist and made him his prisoner. Oh yea, he then proceeded to lock up the old man's daughter (AKA Belle) in exchange for his freedom. It's safe to say, Beast needs to do a lot of nice deeds if he wants to make up for all of his heartless actions.

If you're rooting for Beast to turn his life around and you'd like to see a change to his unfavorable reputation, then there's a way you can help. If the easily-recognized Disney character is seen out and about doing nice things for others, people will start seeing him as less of a monster and more of a prince!

You're probably thinking, "that's great but there's nothing I can do to change everyone's opinions," but there is something you can do and it all starts by wearing this ultra prestige costume. Just wear the jacket/vest combo, pants, dickey, gloves, and Beast mask and then go outside and start doing random acts of kindness. Everyone will think you're the Beast (since you look just like him) and they'll be pleased to witness the prince's new compassionate ways. He'll be back in everyone's good graces in no time!