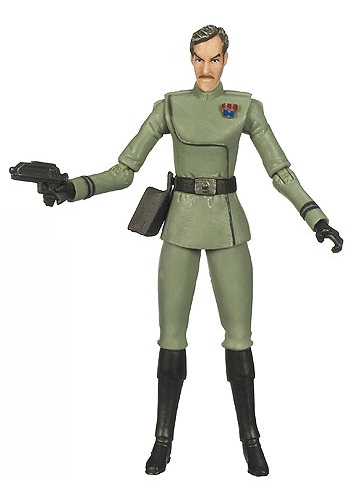 Information
Sold Out
Items Out Of Stock
Includes & Highlights
Item #HA87965
Items Included
Product Highlights
Product Description
Don't let the admiral title fool you! Wullf Yularen isn't just any punk officer in the Republic Navy. He won't hesitate to break out his blaster pistol to take down Separatist scum and he's not afraid to stand up to General Skywalker's strange plans and tactics! This Clone Wars action figure is ready to lead the Resolute through blockades or command an entire starfleet to get the job done, or even have important meetings on the holocam. He's really a jack of all trades. Also, he has a pretty rad mustache. Who could ask for more than that?