A Kid's Guide to NFL History 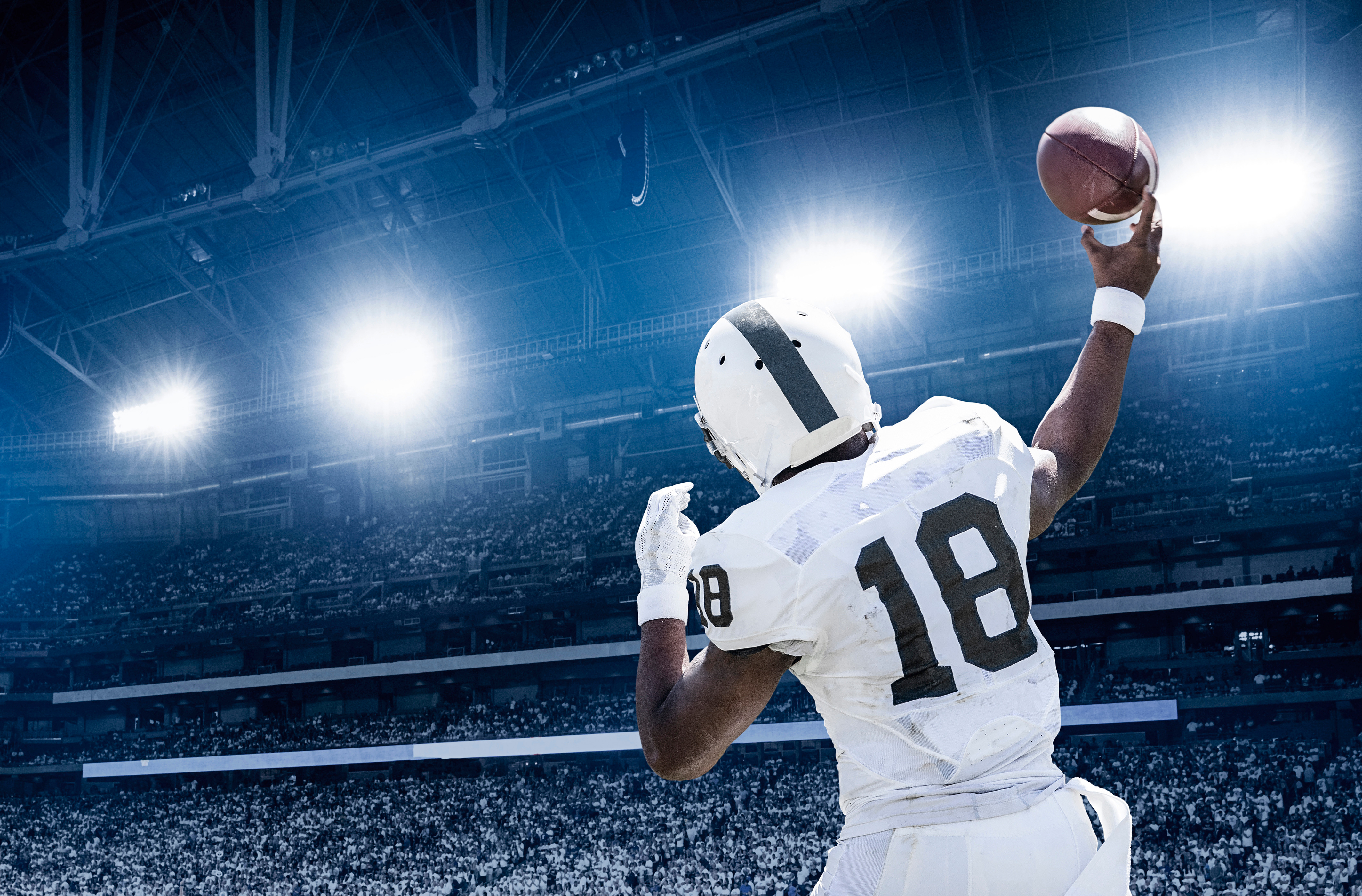 The NFL, or National Football League, is the most popular sports league in the United States and one of the most popular in the entire world. The NFL doesn't just play games in the U.S., though; it also visits Great Britain, Germany and Mexico. Football stars such as Tom Brady and Patrick Mahomes are known in every corner of the world. How did this widely popular sports league first get started? The answer lies before the turn of the 20th century, in the late 1800s.

The Early Days of Football

Before 1900, there were many different versions of football being played, including soccer, rugby, and American football. Many of these leagues had different rules and methods for scoring, and there was no national organization overseeing them. They began to create rules and referees and organized regional leagues of teams to play against one another. Colleges had long had organized teams that played, but these were amateur-level, and the athletes in college weren't paid. A few of the richer football leagues were able to pay for the top talent and lured the best college players to join their teams. As a result, many owners wanted a nationally organized league to prevent a bidding war over the best football players. Thus, the NFL was first founded in 1920 as the American Professional Football Association, or the APFA, with legendary athlete Jim Thorpe as the first president. This name didn't last long, however; they soon renamed themselves the National Football League, or NFL. The league was founded in Canton, Ohio, the site of the current Pro Football Hall of Fame.

The early years of the NFL were chaotic. A lot of the teams we have today didn't exist back then. Many teams only lasted a season or two and had to fold after running out of money. The NFL teams in major cities often took the name of the professional baseball team that was also in the city. This is why many NFL teams, such as the New York Giants, have an MLB counterpart, such as the San Francisco Giants. Eventually, the NFL had established franchises in many large cities, and by the 1950s, it was second only to baseball in terms of popularity.

One unfortunate reality of the early NFL was segregation. In 1933, despite having very few black players, the NFL decided to ban them outright. This was done at the behest of George Marshall, the owner of the Boston Braves. Although he contributed many things to the NFL, his segregationist policies remain a dark mark on the history of the league, which was not fully integrated until the 1960s.

The AFL-NFL Merger and the Super Bowl

In 1960, the American Football League, or AFL, was founded as a direct competitor to the NFL. Many of the owners in the AFL were from cities that felt cheated out of NFL franchises. Although the AFL wasn't popular at first, in 1965, they scored two victories: NBC agreed to broadcast their games, and the New York Jets, an AFL franchise, were able to draft University of Alabama quarterback Joe Namath, a top college prospect. The AFL was also successful in recruiting black players from smaller schools, giving them greater talent depth. Realizing that the AFL was hurting their business, the NFL agreed to merge and create the modern-day NFL. The best teams from the NFL and the AFL would play one another at the end of the season in a championship game that would eventually be called the Super Bowl. The first Super Bowl was played in January 1967, with the Green Bay Packers beating the Kansas City Chiefs 35-10.

Despite the AFL landing top players and a TV contract, many in the NFL still thought they were a subpar league. With the NFL beating the AFL in the first two Super Bowls, the expectation was that the AFL would take years to catch up in terms of talent. But in Super Bowl III in 1969, Namath guaranteed that his Jets would beat the NFL champion Baltimore Colts, and he made good on his word by leading his team to victory, proving that the AFL could compete with the best of them.

As the 20th century drew to a close, the game of football became much higher-scoring and offense-oriented. Quarterbacks such as John Elway, Dan Marino, and Joe Montana brought a passing-heavy offensive attack to the NFL and set multiple NFL passing records in the 1980s. However, the league also saw two work stoppages in the form of strikes in 1982 and 1987 that cut the NFL seasons down. These strikes caused a backlash against the league in the press.

Today, the biggest concerns facing the NFL are health-related. Evidence that links contact sports such as football with repeated head injuries has been a major issue for the past decade. However, the NFL has begun to improve the safety of its players with better helmets, safer tackling, and independent doctors on hand to look for concussion symptoms during games. As one group of famous figures retires, new quarterbacks and players are taking over, such as Josh Allen, Lamar Jackson, and Tua Tagovailoa, becoming the faces of today's National Football League.