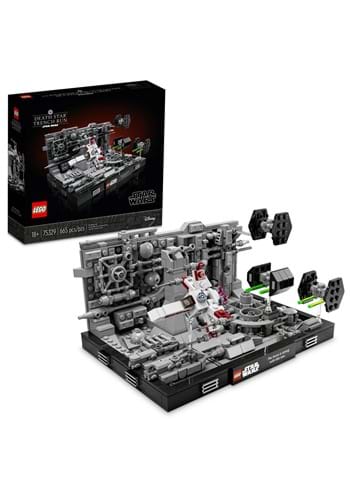 It's a dangerous mission, but it's the Rebels' only hope of stopping the Emperor's mighty weaponized space station. The plan: To shoot their missiles down an exposed trench into an open space port, all while avoiding getting blasted into atoms by the Imperial TIE Fighters. Piece of cake, right? This LEGO Star Wars Death Star Trench Run Diorama is the perfect project for anyone who loves the first-ever Star Wars movie. The set includes everything you need to build a mini scene of the Death Star's trench, an X-Wing, and two pursuing TIE Fighters.