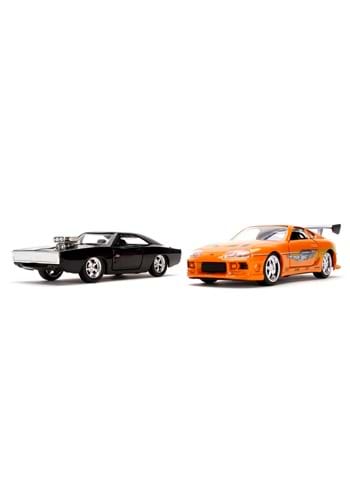 It's the cars the started it all! Seriously, though. If you're a fan of the Fast & Furious franchise, you know all about Dom's 1970 Dodge Charger and Brian's 1995 Toyota Supra. Featured in the climactic moments of the original The Fast & The Furious, these cars have become icons of the franchise. Which means, of course, you need to snag this Fast & Furious Dom's Dodge Charger R/T & Brian's Toyota Supra Twin Pack! Each car is die-cast at 1:32 scale and features a detailed paint job to recreate its legendary look.