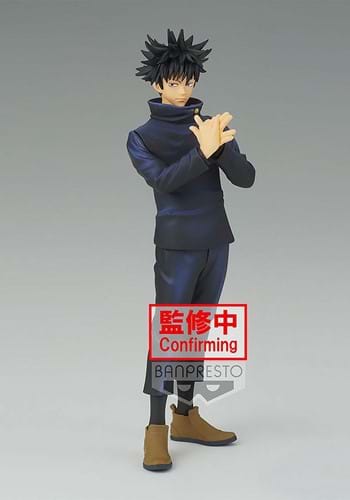 Meet the head of the infamous Zenin Clain. He had nothing to do with their infamousness, so don't worry. He simply inherited the Clan from his late father, Toji Fushiguro. Right now, he doesn't really care about the Clan but is a clever character who uses it to his advantage. Megumi also inherited his curse ability, called the Ten Shadows Technique. If he forms his hands correctly, he can use shadows to summon shikigami to battle for him.

Megumi is depicted casting his Divine Dogs in this Jujutsu Kaisen Jukon no Kata Megumi Fushiguro Statue. They are the first shikigami that Megumi receives. He must use them to excise the next cursed spirit in line until he finally controls the last one named Eight-Handled Sword Divergent Sila Divine General Mahoraga. If you are interested in this fantastic JJK character, you must check out this Jujutsu Kaisen Jukon no Kata Megumi Fushguro Statue.