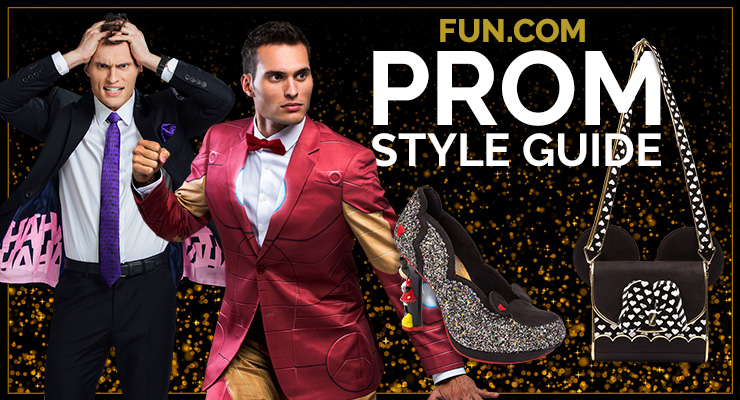 Prom is coming up and your anxiety is already setting in. A million questions begin rushing through your mind. Who are you going to ask to spend this iconic night with? Do you take a risk and ask your crush who you think is way out of your league or play it safe by asking your best friend who you know you will still have a great time with? Once you’ve got your date set, you begin questioning how the night will play out, which could go so many ways...The Prom Queen could pull a Cady Heron and split her crown into pieces and throw it out like parade candy or your class could come together as one for an unplanned synchronized dance. Or maybe, the night won’t turn out as cliché as you expected, but you’ll still have a blast with your friends celebrating the near-ending to your high school careers. Whatever the case is, you’re going to want to look good while you’re there and that’s what we’re here for. Keep on reading for tips on how to dress for prom and make the night one to remember.

Tuxes, like many things in life, are both expensive and completely unnecessary. Some of your friends will go to a cheap discount warehouse store for a prom suit or some may have suggested tux rentals, both of which are still expensive. Save some money, look better than that, and wear a suit from Fun.com! Plus, if you're graduating this year, kill two birds with one stone and use it for graduation occasions! Though you could go wearing a plain, black tuxedo with a plain, black tie, do you really want to look like every other guy in attendance? Probably not. Try on something a bit more extraordinary with our Secret Identity suits. With the Avengers, the Justice League, and Doctor Who designs, there’s sure to be one you can associate yourself with. The suits are the perfect way to be different, without being too different. Each suit has a unique, character-print lining to give your suit that extra "pizzaz". Show your date that you’re okay with going against the norm. After all, what’s more attractive than being 100% yourself?  Plus, with Avengers: Infinity War coming out this April, it’ll be a great conversation starter!

One of your peers may think he's really standing out by wearing a navy blue prom suit, but if you want to steal his attention and wow the crowd, try on one of our Alter Ego suits. Now, if you’re not a fan of having all eyes on you, which we totally understand, then you’ll probably want to go with the Secret Identity route. But if you don’t mind the attention, throw on the Iron Man suit with your best pair of shades to make for the most Snap-able, Instagram-able, entrance. These will definitely beat out any tux that comes your way. Superheroes aren’t your thing? That’s okay, we have a suit that makes you look like a human TARDIS and if that’s not going to get people’s attention, then we don’t know what else will.

Opposuits and Suitmeister have created mens suits for those who need to show off their eccentric personalities. For the video game nerds, there is a pattern that makes you look like a human Pacman game. And for those who are already trading stocks at the age of 16, there’s a pattern that’s plastered with Benjamins. Whatever your personality may be, we most likely carry a suit/formal wear for it. Earlier on we suggested not to wear a tux...we weren’t specific enough. You shouldn’t wear a tuxedo, unless it’s a Dumb and Dumber tuxedo. Show up with your best friend in these tuxes and take the reins on your school's Prom.You've only got one (or two, or three, depending on your school) shot, so make it a night to remember! 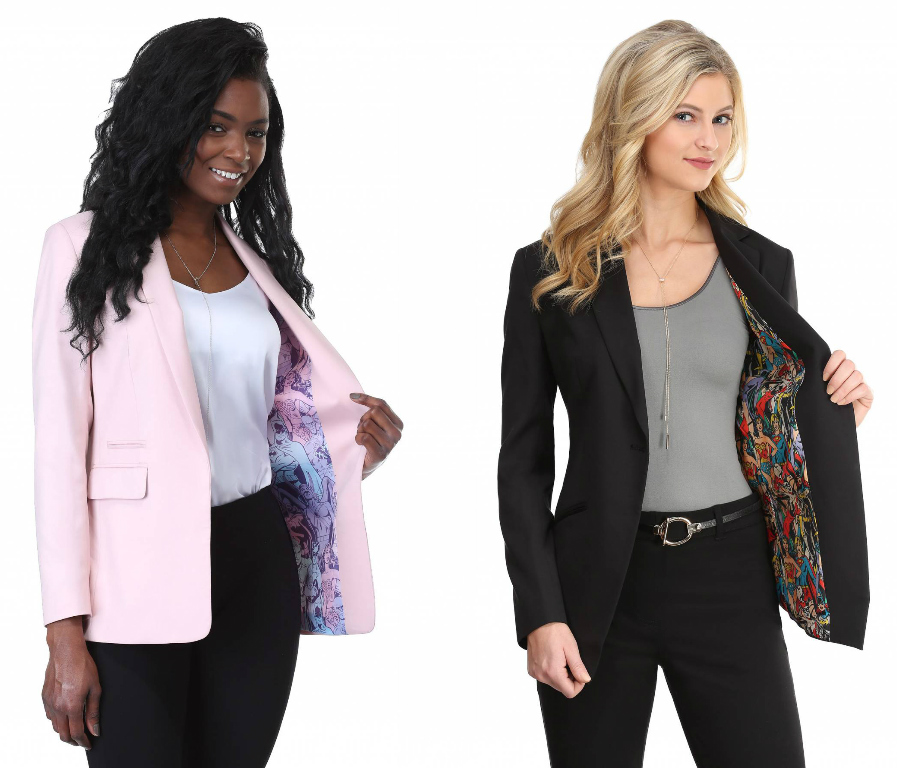 Your friends just called you up and are ready to go dress shopping at some overly expensive Prom boutique, but for some reason, you’re just not that interested in spending hundreds on a dress you’ll probably only wear once in your life and then sell to a girl on Facebook for some extra cash. You've already bought a homecoming dress, as well as spent your fair amount on party dresses. So instead of worrying about whether you're going to wear a classy Prom dress or a two piece Prom dress, make a bold statement by wearing a suit! We know you might be cringing right now, but hear us out. With so many inspiring women in the media lately, now is the perfect time to set a change for gender norms. Wearing a suit is a sign of power and let’s be real, who wouldn’t want to walk onto the dance floor feeling as iconic as Wonder Woman? Worried about coordinating your look with your date? No problem, whether your date is a guy or a girl or other, we have matching items for all genders. If you are looking for a dress that isn’t too formal, you can always check out our selection of fandom dresses.

Okay, now that we have your main attire pinned down, it's time to accessorize. Prom is a night that's known for costing some coins. When you're eating at that bougie restaurant you normally could never afford, do you want to pull out a plain, black purse you've had since the sixth-grade? Or would you rather whip out a cute, pop-culture themed purse that people will flood you with comments over? I think we both know the answer to the question. Whether you're a fan of Disney or Star Wars, we've got insanely adorable purses for each fandom. Now that you've got your Prom purse figured out, we can't forget your Prom shoes. Are you going to go with flats or heels? Whichever you choose, Irregular Choice has options for either style! Irregular Choice is known for having shiny, fabulous, attention-grabbing shoes and guess what? We carry them! The best part is a lot of them match perfectly with the purses we already mentioned. With these accessories being so flashy, they're sure to boost your confidence and make your friends wish they would have gotten them!

So what are you waiting for? Get that outfit put together and show off your good-looking self on Instagram or Snapchat...or Facebook! Not only willl your friends and family be shook, but be sure to tag us @fundotcom_ because we want to be shook as well! We hope you've had a blast planning your Prom attire with us and we truly hope you have one of the best nights of your life. Remember, Prom is an experience you only get once (or at max a few times). Be sure to go all out this year, so when someone asks about your Prom years down the road, you'll have some great stories to tell!