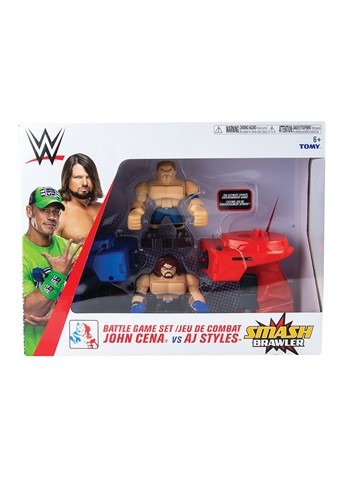 "Are you ready to rumble?!"

Jump into the ring alongside two of the WWE's biggest personalities, John Cena and AJ Styles, with this Smash Brawlers WWE Starter Pack. This starter pack lets you join the fray by connecting each Smash Brawler to the top of a hand-held controller, which activates left and right action and also let you dodge and defend yourself from your opponent. Meanwhile, the Smash Brawler hit counter keeps score until one fighter collapses and the other wins! It's almost as much fun as being there in the ring... and a lot less hazardous to your health!