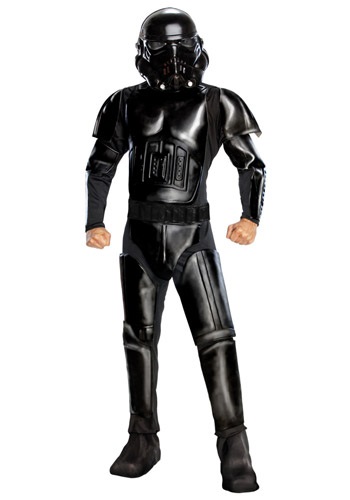 Information
Includes & Highlights
Item #RU889821
Items Included
Product Highlights
Size Chart
Costume Sizing Tips
Product Description
What does a Shadow Trooper do? Well, we never see them in any of the Star Wars films, but that's because they're SO secretive that most Imperial soldiers don't even know they exist! They only exist in the shadows, hence their name. It's a tough job, but somebody has to do it... and if that sounds up your alley you can go in our Star Wars Shadow Trooper costume and begin your duty! It is a black uniform from head to toe so you too can fulfill the Emperor's most secretive missions, or if you're not feeling that you can just go hang out in the cantina. It's up to you! Either way we know you're going to love wearing this licensed Star Wars costume.