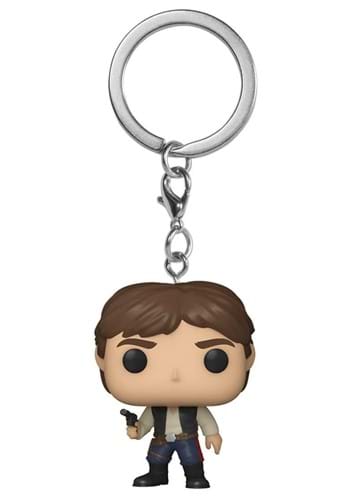 Han has quite the impressive resume. We like to think about young, dashing Han Solo, before his run from the Imperials led him to Obi-Wan, Luke, and Princess Leia -- before he helped destroy the Death Star and then again the Second Death Star. Look at this young guy, so (relatively) innocent and full of youth!

This Funko POP! Keychain: Star Wars Classics- Han Solo will spruce up any keychain willing to put up with his stubbornness! Standing at one and a half inches tall, the figure's head rotates -- and it's officially licensed, so you know it would get the stamp of approval of the most cautious of Rebel Alliance fighters.