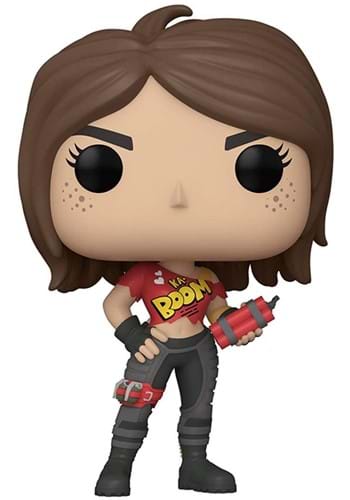 TNTina is one of the OG Fortnite characters. An Epic unlockable in the Chapter 2 Season 2 Battle Pass, TNTina was the first character model that had a specific built-in emote (called "Boom!"), which transformed her into a cartoonish alter ego. Yep, this baddie carved out a chunk of Fortnite history for herself.

If you're a headhunter of another kind, this Funko POP Games: Fortnite - TNTina vinyl figure should interest you. Measuring approximately four inches tall, the figure snaps onto an included base. It's officially licensed, too, which is like an endorsement by the Fortnite Gods themselves.