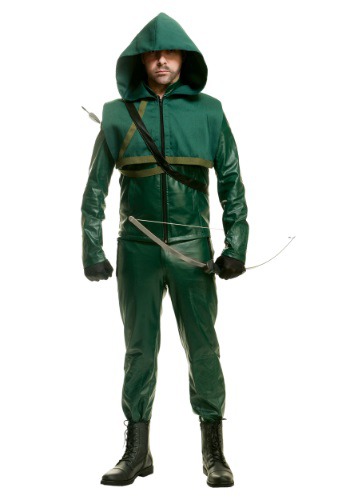 Our world is a large, dark, and crowded place. What harrowing experiences have you been through lately? Maybe you've gotten stuck in an elevator with your neighbor Al who smells like stale noodles and launches at any opportunity to talk about his various health problems. Maybe you've had to wait at an airport for eight hours with nothing to occupy yourself but your dying cellphone and a copy of Men's health that you found underneath the seats in terminal B. Maybe you narrowly survived an encounter with gas station sushi. We all have our troubles, it's just the severity that varies.

If you're a fan of the hit CW show, Arrow than you know the main character, Oliver Quill has been through worse scenarios than most of us. Maybe it's something about being a superhero on a TV drama but near-death experiences seem to follow him where ever he goes! As bad as your commute might have been last week we doubt you've recently been trapped in a basement with methane gas slowly stealing away your life force, only to awaken with seconds to spare and live. That happened to Arrow. Like hiking? Ever get impaled and thrown off a mountain? Hmm, that may or may not have happened to Arrow.

Well, whatever you're facing in your day to day, you'll face it with courage after going as Arrow for your next costumed event. This costume includes a dark green jacket, pants, and a hooded vest all with a leathery sheen that blends into the darkest night. Add a bow to make sure you go out into the world prepared. With this courageous look maybe you'll even take a crack at that gas station sushi again!