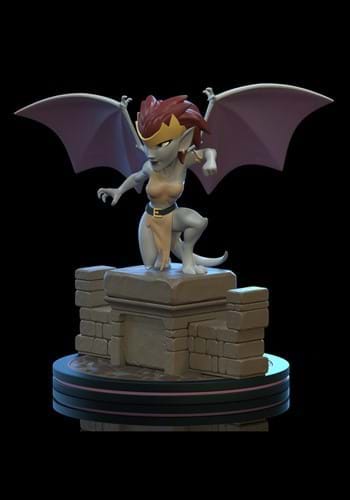 Angel of the Night

You can't complete your collection of 90s TV characters without this Gargoyles Demona Q-Fig. If you were a connoisseur of television programs in the amazing decade of the 90s, you were probably a fan of the hit animated series known as Gargoyles. Demona was originally a part of the Wyvern Clan. Down the line, she became one of the conspirators of the clan's destruction. However, even though she betrayed her clan, fans couldn't get enough of this antagonist. She's cunning, manipulative, and everything a viewer could want in a villain. Invite her into your home today! Just stay on her good side.