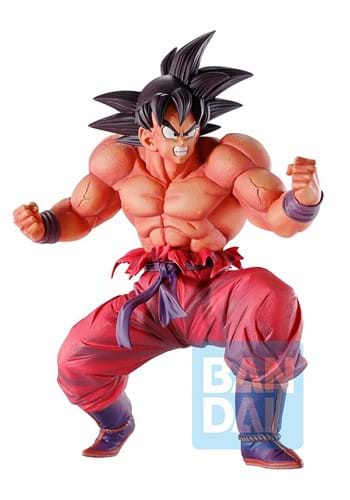 Kaio-ken is a Heckuva Thing

Before Super Saiyan mode, Goku had a special trick up his sleeve to deal with troublesome opponents. It was a little technique called the Kaio-ken. It let Goku fight at 10 times his normal strength, but it left him totally wiped out afterward. Oh, and it also made him glow red with energy, which is why this Dragon Ball World Tournament Super Battle Ichiban Figure has a faint red hue to it! This Son Goku Kaio-ken Statue recreates Goku's look when he's ready to unleash the Kaio-ken attack on his foes! It comes in multiple pieces, which snap together with ease. When fully assembled, this Goku figure stands just over 7 inches tall and he looks like he's ready to face off against Vegeta!