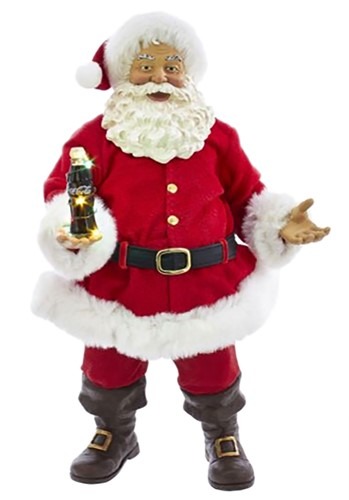 Psst. Come closer. We're going to tell you one of Santa's biggest secrets...he's actually fueled by the sweetness of Coca-Cola. That's right, St. Nick doesn't drink cocoa or coffee on Christmas Eve, he downs a Coke from a glass bottle, as depicted in this Coca Cola Santa with Light Up LED Bottle Décor. Fascinating, no?