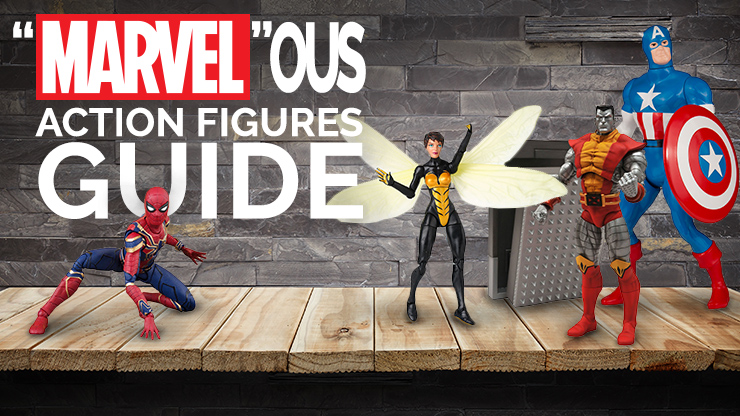 Action figures are extremely versatile because they can be both toys and collectibles. Whether you are looking for the perfect toy for your child's birthday or you're a collector, there's a little something for everyone! One of the things we love the most about action figures is that, if you're fine with taking them out of the box, you can use the articulated joints to pose them to create some pretty cool (or silly) scenes. Kick back, grab yourself a shawarma and keep reading to find the perfect Marvel action figure! 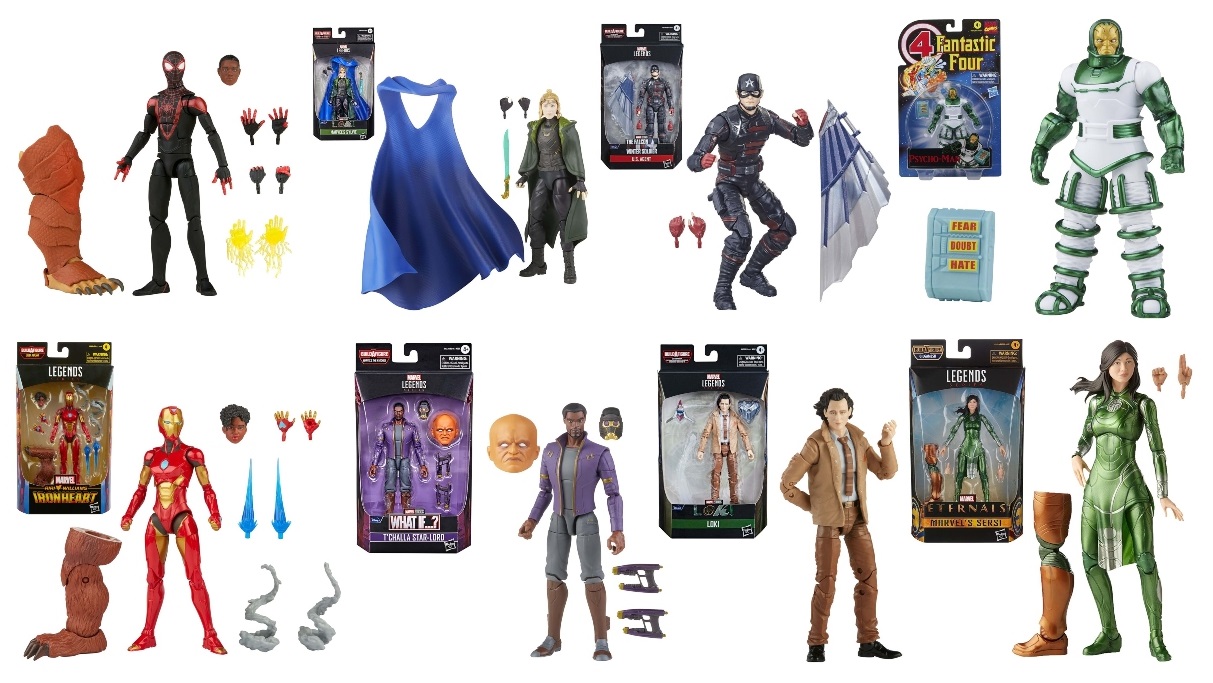 The Marvel Legends action figures are great for both kids and adults. They are 6" action figures with articulated joints, but they have a few extra joints in the ankles, wrists and the neck to help with more complicated poses! Not only does the Legends series have Avengers action figures, but they also have other Marvel characters like Blizzard and Thundra.

Marvel select action figures are a little more detailed than the Legends action figures. The Marvel Select figures usually come with a base and may also have small accessories that would not be suitable for young children. (Make sure to look in the item description for the list of what comes included with the action figure!) These action figures are great for collectors or decorations in an older child's room, and the included base is a great way to help display your action figure. 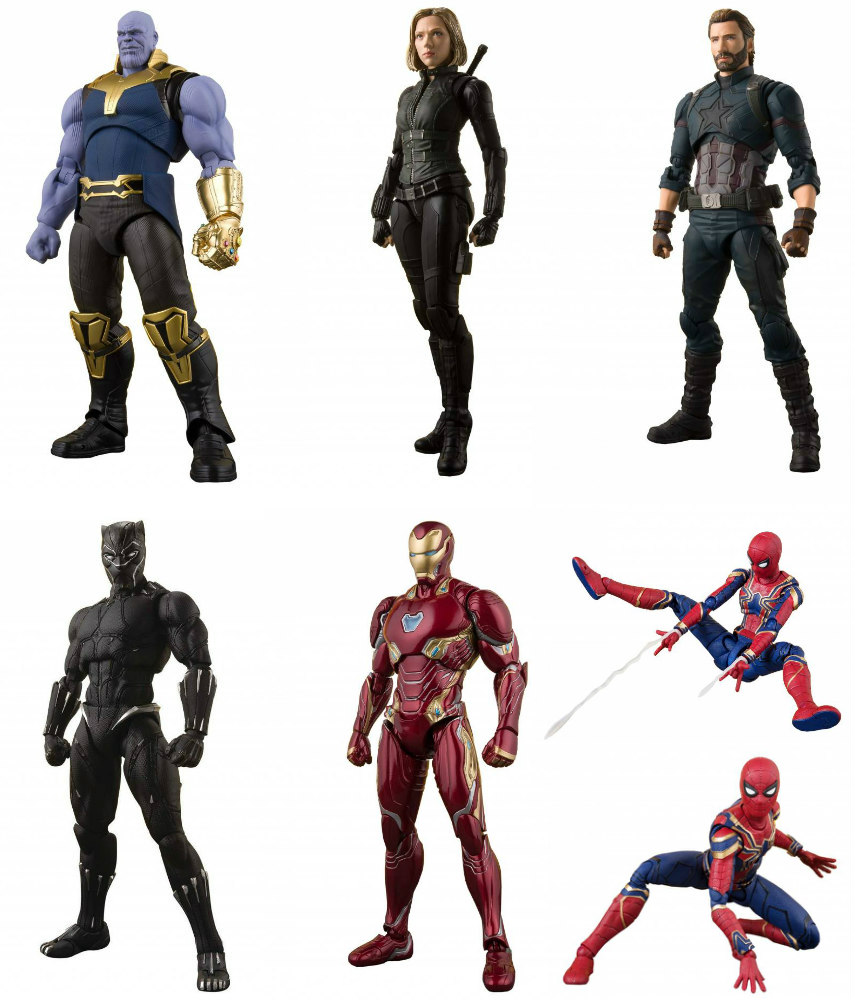 The Bandai Marvel action figures are some of the most detailed and realistic action figures! These are big kid toys (a.k.a. for adults). These figures are very collectible, but we won't judge if you prefer to take them out of the box and pose them in silly scenes for your Instagram or Twitter. (We would love to see your creative endeavors!)

Avengers Assemble! While you won't need to actually assemble your action figures, the Avengers Assemble action figures are made to be played with. (That doesn't mean they're off-limits for collecting!) These action figures usually come with small parts because they can shoot bullets, shields and the like. Little Iron Man and Captain America fans will love these, but we won't blame you if you get some for yourself to fire shots at co-workers over your cubicle wall barriers! 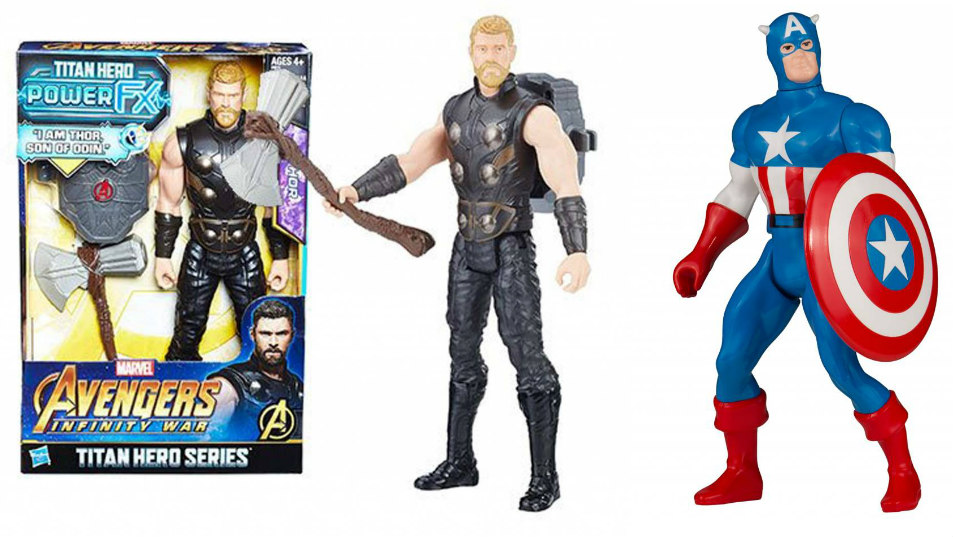 Action figures are great because they are so versatile! You can play with them or collect them, and they make great gifts and collectibles. You can also pose them invading your breakfast and gain social media notoriety! (Please share your goofy action figures pictures if you have some!) Did you have a favorite action figure as a child? Do you still enjoy collecting action figures as an adult? Let us know in the comments below! For more options, check out our other Marvel toys and collectibles or our Marvel gift guide!