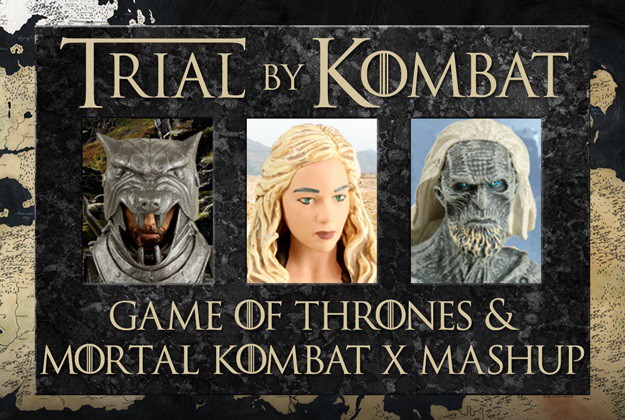 Caution: Some spoilers from Game of Thrones and Mortal Kombat call this post home. So read at your own caution!

Game of Thrones and Mortal Kombat X - are they so different? Killer warriors vying for the top, plenty of dismembered heads, and the occasional man-eating dragon (we’re looking at you, Liu Kang and Daenerys) – c’mon, this mashup writes itself!

Whether you’re waiting on bated breath for the new release of Mortal Kombat X or the premiere of Game of Thrones season 5 – or both, if you’re paying any attention at all! – feed your blood-lust with this epic telling of the day Game of Thrones spiraled into the old school, grainy stylings of the arcade-classic Mortal Kombat from the heyday of the 90s. Did we mention we rendered this whole thing with our Game of Thrones Legacy Action Figures?! What can we say; gratuitous violence and fatality scenes are our muse.

Click below to choose a player 1 and player 2. You can change your selection at any time by clicking on the player you chose first, then click on another warrior to swap them out.

What match-up has you rubbing your hands together deviously and laughing maniacally?

Trust that if we weren’t simple geeks playing with toys, you’d be blowing dust out of the cartridge this very moment and firing up your Super Nintendo. But since we can’t turn back time and make 90s video games cool enough to convince George R.R. Martin to back this project, imagining what gameplay might look like has got us giddy. And, it's good enough for now…

The Hound vs. Brienne of Tarth 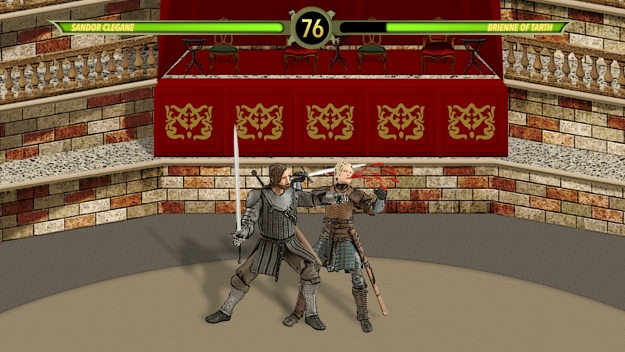 While it never happened in the books, the Hound versus Brienne of Tarth battle royal is without question one of the greatest Game of Thrones scenes to date. Could you relive this fight one last time? With you at the helm, what fatalities could you cook up? Could “Oathkeeper” cleave a man in two? How about the Hound's mask comes to life for a ravenous chomp? 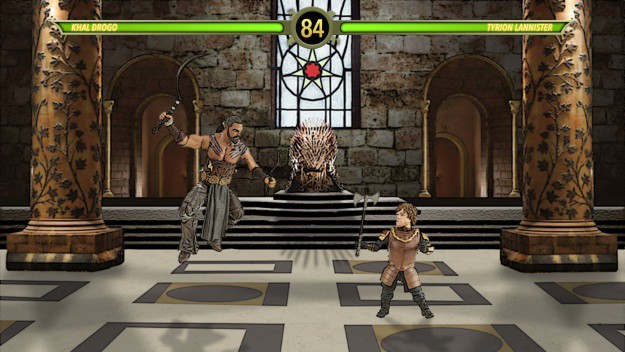 Unless they are fighting with words and quips rather than swords and whips, Tyrion might be in for it. (The look on his face sort of says it all.) That’s as long as Drogo doesn’t do the whole self-mutilation thing again and die from an infection. If only there had been penicillin in Westeros. Either way, if Tyrion somehow pulls ahead with the win, maybe he could sport that pony tail in season five?! We can only wish. 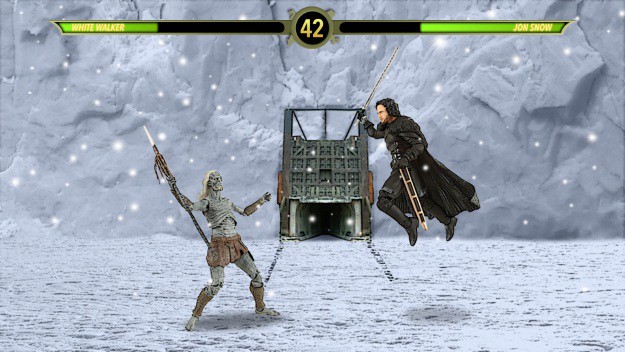 Dreaming up a White Walker fatality move without stealing from Sub Zero’s book might be a little tough, but no matter. Jon Snow would obviously win this fight. Oh wait, did he remember to pack a Dragonglass sword?! You know nothing, Jon Snow. 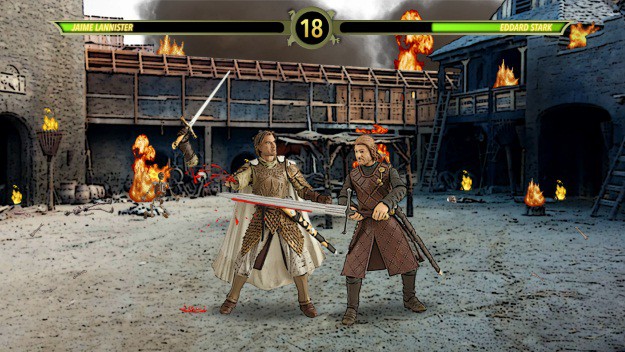 One does not simply wield Valyrian steel… Wait, that's a different plot. Back to it - now tell us you don’t wish for a rematch? Might start with returning Eddard's heads to his shoulders, but that's just one idea. How would Jaime fair this time without his sword hand? 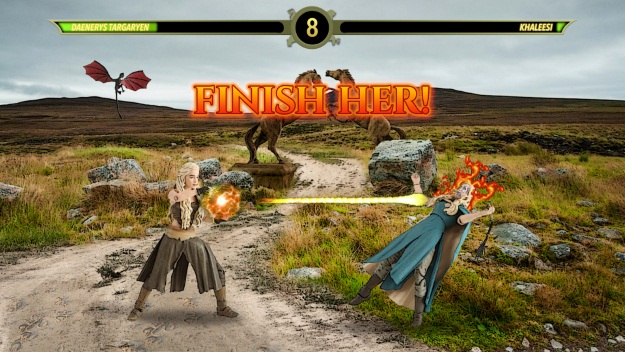 When it comes to Daenerys, it’s almost a tale of two characters. On the one hand, you have the young, impressionable, doting dragon mother Daenerys versus the Breaker of Chains. A good old fashioned "mirror match" never hurt anyone. Well, except Daenerys' face in this case. Put on a little SPF 100,000 next time, would you Mother of Dragons?

Did we leave a must have match off the list? Find yourself wishing we had a Hodor to do that sweet head skull crush move? Yes, us too.

But in the words of Hodor, “Hodor.” Meaning, “Someday, we promise to have a Hodor Legacy Action Figure to do this again for Mortal Kombat XI. And of course, yes, he will fight the Mountain, because we’ve all been thinking about what that might look like. Let’s be honest."

Check out these Game of Thrones Legacy action figures for more FUN! 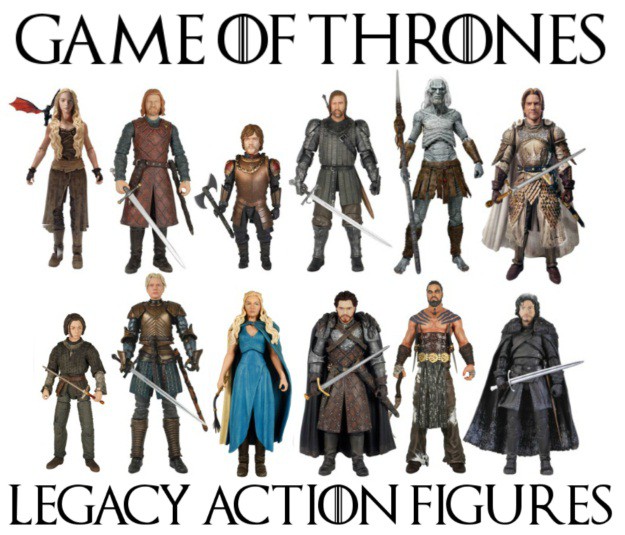 Carmen Torr is a Content Writer at FUN.com, where she Naruto runs everywhere. (At least she'd like to!) Carmen loves wearing costumes to the office, usually based on whatever anime/cartoon/Disney series she's watching or video game she's playing.