Collecting Funko Pop! Vinyl figures can be quite the fun hobby! With so many great movies and TV shows coming out recently and many highly anticipated things for 2017, there are currently a ton of Pop! Vinyl collections available. Whether you’re a Disney fan, comic book nerd, TV fanatic, or just interested in Star Wars figures from a galaxy far, far away, Funko always has something that’ll keep you in on the fun. Check out these great new collections and get caught up on some of your favorite ones with the best Funko Pops for 2017. 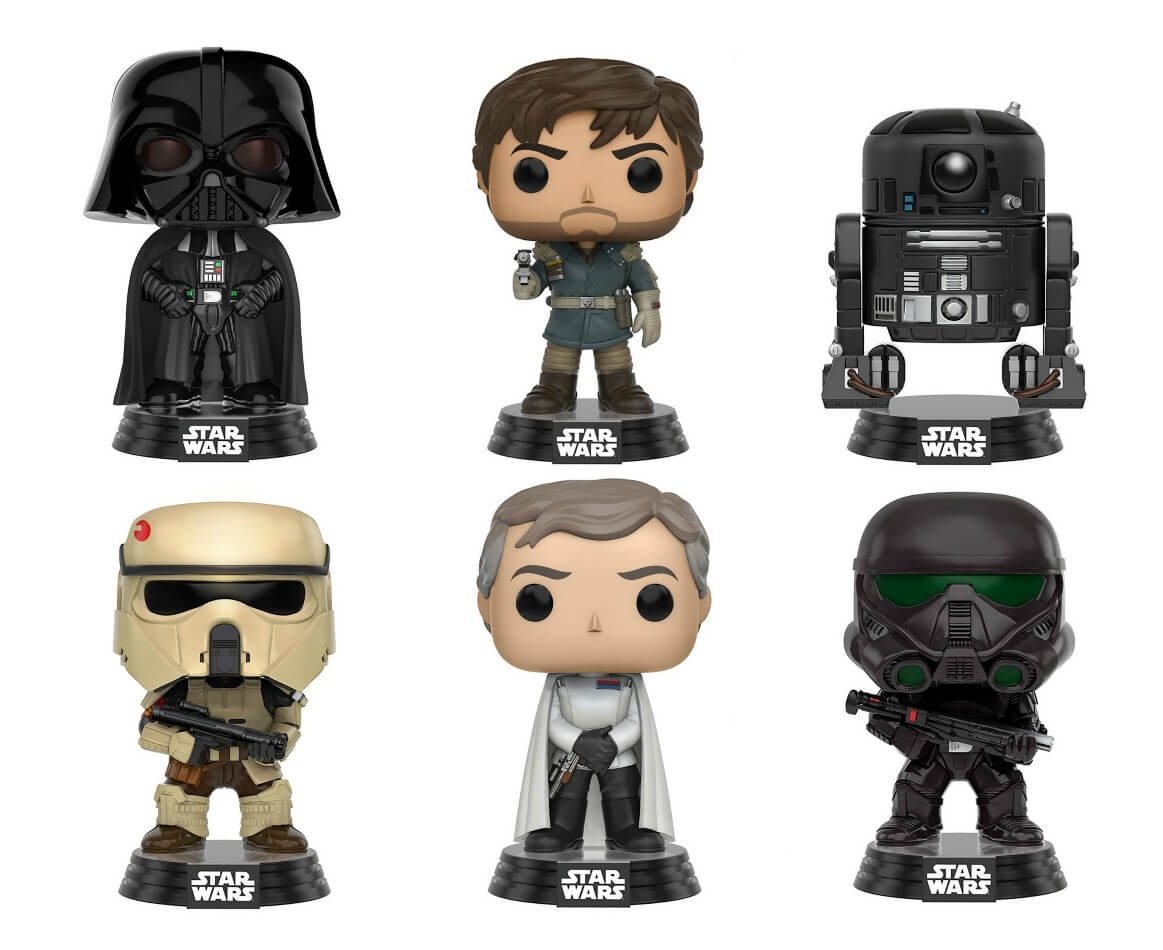 Rogue One: A Star Wars Story has been one of the most anticipated movies of the year in 2016 (and also one of the latest movies released this year). 2015’s The Force Awakens put fans into a frenzy and, thankfully, we’ll have a new Star Wars movie every year for the rest of forever! Well, the current slate of movies has only been announced through 2020, but we can dream right? 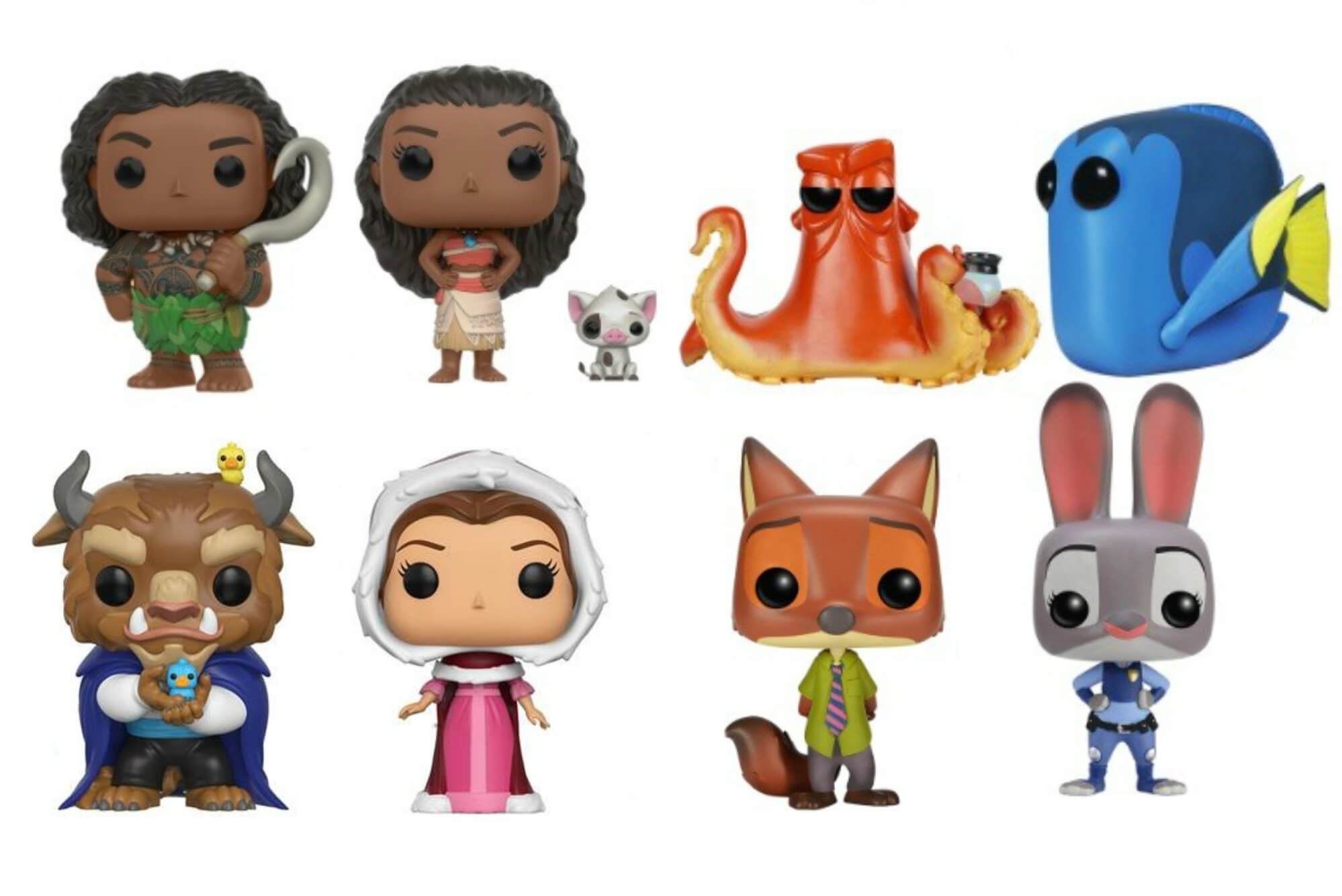 Disney just wrapped up the biggest box office year from any studio ever and show no signs of slowing down. Outside of their Marvel and Star Wars hits, movies like Zootopia, Finding Dory, and Moana became instant classics upon their release. Many are looking forward to the live action Beauty and the Beast releasing in February. Don't be surprised to see some more adorable Pop! Vinyls closer to that release.

While Marvel was outdoing itself with hits like Doctor Strange and Captain America: Civil War, DC Comics was pitting two of the most iconic heroes against each other in Batman V Superman: Dawn of Justice. They also brought together the worst heroes ever in the summer blockbuster Suicide Squad. You can’t forget hero of the year, Deadpool, though who looks great in Pop! Vinyl form.

No TV show made an impression last year, for better or worse, than The Walking Dead. With the cliffhanger for Season 6 finally resolved (who did Negan kill?), the focus has turned to life under rule of Negan and his trusty baseball bat, Lucille. No matter who survives and who lives in 2017, you can always have your favorites in Pop! Vinyl form.

Speaking of survival, here's another set in which your favorite characters may not make it out alive in the show, but can live on in toy form. Season 6 of Game of Thrones contained some of the most memorable episodes and moments in recent memory. From epic battles to incredibly sad character origins, the show remains incredibly popular no matter who survives (No spoilers!).

Netflix’s biggest hit of the year is getting it’s own set of lovely figures including all the main characters and Will’s mom, Joyce. There’s even a Demogorgon straight out of the Upside Down! This Pop! Vinyl collection will hopefully keep you entertained until Season 2 comes. If not, you can always make a sweet Stranger Things costume.

Have you heard about Sailor Moon? She’s back, in Pop! Vinyl form! Sailor Moon wrapped it’s original run 20 years ago, but as with everything that ignites a sense of nostalgia, has made quite the comeback in recent years, due to in-theater movie showings, Sailor Moon Crystal, and remastered DVD/Blu-Ray releases. Thanks to Funko, you can find a full ensemble of Sailor Guardians with these Pop! Vinyl figures.

The first installment of the long-running Street Fighter franchise was released 30 years ago and has since seen many different installments, including crossover games. If you collect video game figures, these Street Fighter Pop! Vinyls are a must have. This series includes favorites like Ryu, Ken, Chun-Li, and more!

What is your favorite series of Pop! Vinyl? Do you like to collect as many as you can or just go after your favorite series or characters? Find some of the best figures for 2017 and many more in our collection of Funko Pop! Vinyls. Not sure where to start? Check out our handy guide to figure out which figures you should collect.