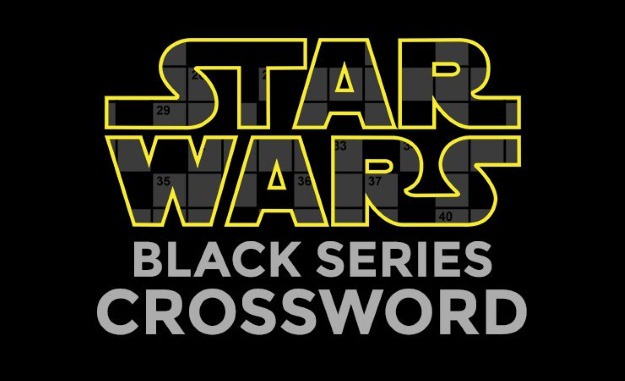 We pretty much eat, sleep, and breathe Star Wars here at Fun.com. Well, Star Wars and other geeky things, like comic books and video games and books about teenage wizards. (You get the idea.) But we also like puzzles, and you may be surprised to find out that there aren’t many Star Wars-related puzzles out there. So we made our own crossword with clues based on the Star Wars universe, especially the Black Series of action figures. (Hey, we also like action figures.) So give our crossword puzzle a shot. We recommend printing it out and grabbing a pencil. We put the answers at the bottom of this post, just try not to peek while you’re filling in the words! 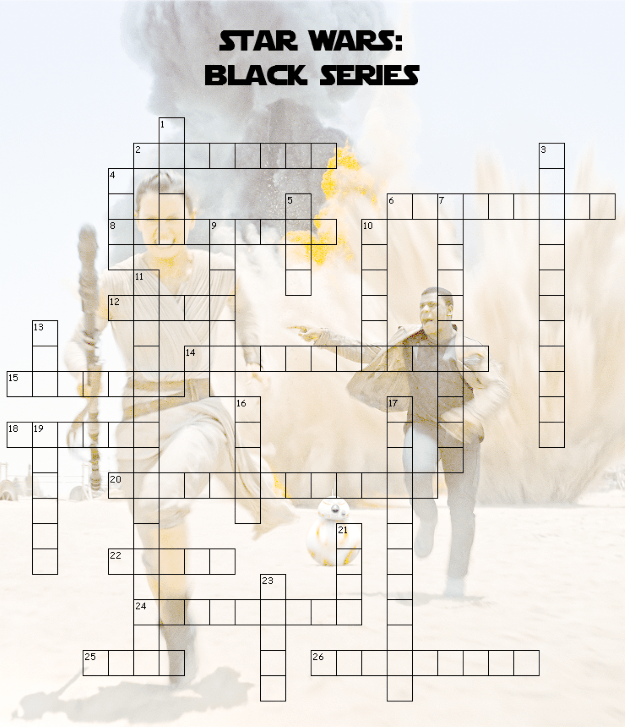 2. Smells bad inside and outside
6. The last Supreme Chancellor of the Republic, also known as Darth Sidious
8. That’s no moon
12. Tagged womp rats with Luke
14. Identical soldier of the Galactic Republic
15. Obsessed with Darth Vader and immune to the light
18. Refuses to evacuate in his moment of triumph
20. Always ride single file to hide their numbers
22. He's a card player, gambler, scoundrel
24. Enjoys Dejarik and celebrating Life Day
25. A former Stormtrooper and one of the protagonists of The Force Awakens
26. A wretched hive of scum and villainy

1. The most powerful crime lord on Tatooine
3. More powerful than you can possibly imagine
4. Exiled himself on Dagobah
5. Loves a good swap meet on Tatooine
7. Aren’t in demand ever since the XP-38 came out
9. Prefers a good blaster at his side
10. He shot first…in the Special Edition re-releases
11. Made the Kessel Run in less than twelve parsecs
13. A scavenger on Jakku and one of the protagonists of The Force Awakens
16. The fighter of choice for Rogue Squadron
17. Is apparently very precise
19. The best star pilot in the galaxy and a cunning warrior
21. Talks about “only hope” an awful lot
23. Was elected Queen of Naboo and fought the Trade Federation

Whoa there! The answers are right after this collage of Black Series action figures, so stop here unless you've given up on the puzzle! 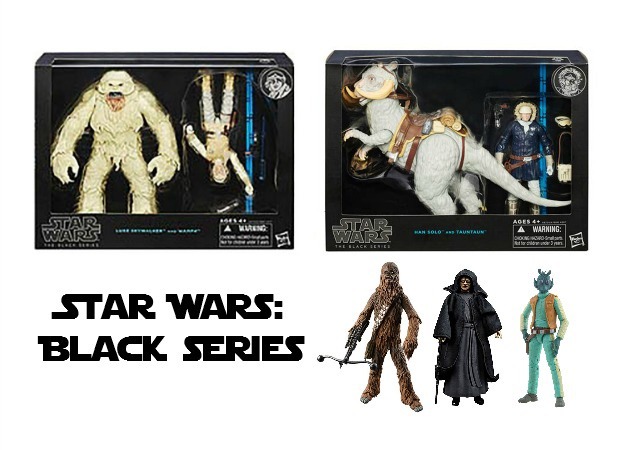 How did you do? Was the puzzle too easy or too difficult or just right? (We also like Three Little Bears.) Let us know in the comments below! We’re thinking of making this a recurring feature, so we really do value your opinion. And if you’re interested in Star Wars action figures, check out our full selection of toys!