Prepare for Your Next TV Binge: How Long to Watch Popular TV Series [Infographic] 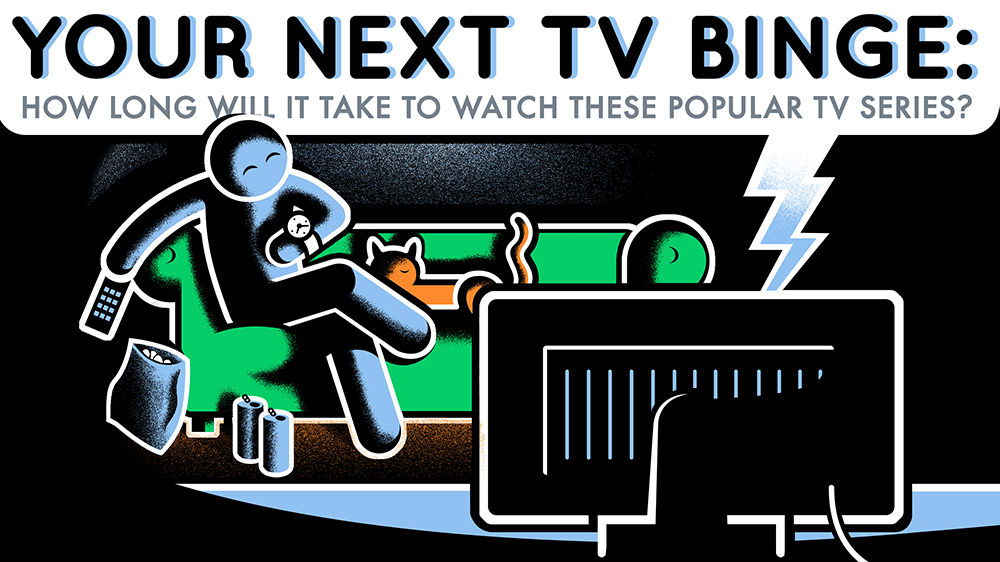 There are so many reasons that we enjoy watching TV. It's certainly a form of entertainment, but maybe it gives you something to talk about with your coworkers or friends or family. Perhaps watching TV is something you like to do in tandem with another hobby, such as knitting or sketching. Many of us have also found ourselves turning to television to fill our extra free time with an abnormal increase in staying inside. Whatever the reason, once you finish a good series, it can sometimes be difficult to decide what to watch next. Did you want to watch something of a similar genre? Were you hoping for a really long TV series because your last one felt too short? We took a look at some popular TV series of considerable length (50+ episodes) and put together a chart that shows how long they take to watch, as well as where they can be streamed. Get ready to grab a cool drink and your favorite snack!

The How Long to Watch Popular TV Series Transcript

There are quite a few shows with more than 50 episodes, but here are some choice selections broken down by genre and streaming service.

With so many TV series available, it's always difficult to decide what to watch next! How many of these series have been on your watchlist? Have you seen some of these shows already? Are there any lengthy TV series you'd love a network to pick up? Please share your love of television with us in the comments below! Also, should you happen to be on the prowl for some related TV gifts for a friend (or yourself), you can find everything from Doctor Who to Game to Thrones in our gifts and interests.