Jumanji: A Game for Those Who Seek to Find [Hidden Object]

Jumanji is a family adventure film about a magical board game that releases jungle animals and features into the real world until the game is won. It is now considered a beloved, nostalgic classic largely because of star Robin Williams. Jumanji spawned a television series from 1996 to 1999, a string of video games, and three movies: spiritual successor Zathura: A Space Adventure in 2005, direct sequel Jumanji: Welcome to the Jungle in 2017, and the upcoming Jumanji: The Next Level. It’s one of our favorites, which is why we turned it into our own game with plenty of references to the franchise!

Can you find all the monkeys? How about Carl’s custom sneakers? Join the search in Jumanji: A Game for Those Who Seek to Find!

Jumanji: A Game for Those Who Seek to Find 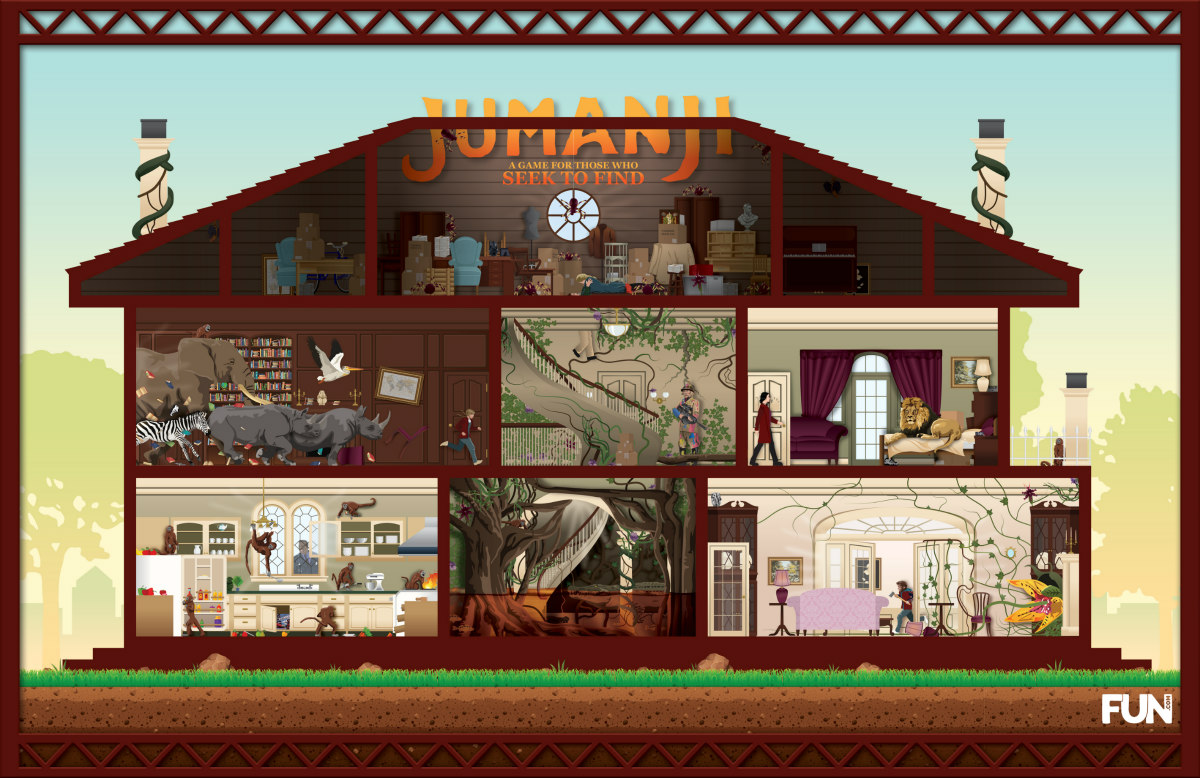 People and Items to Find 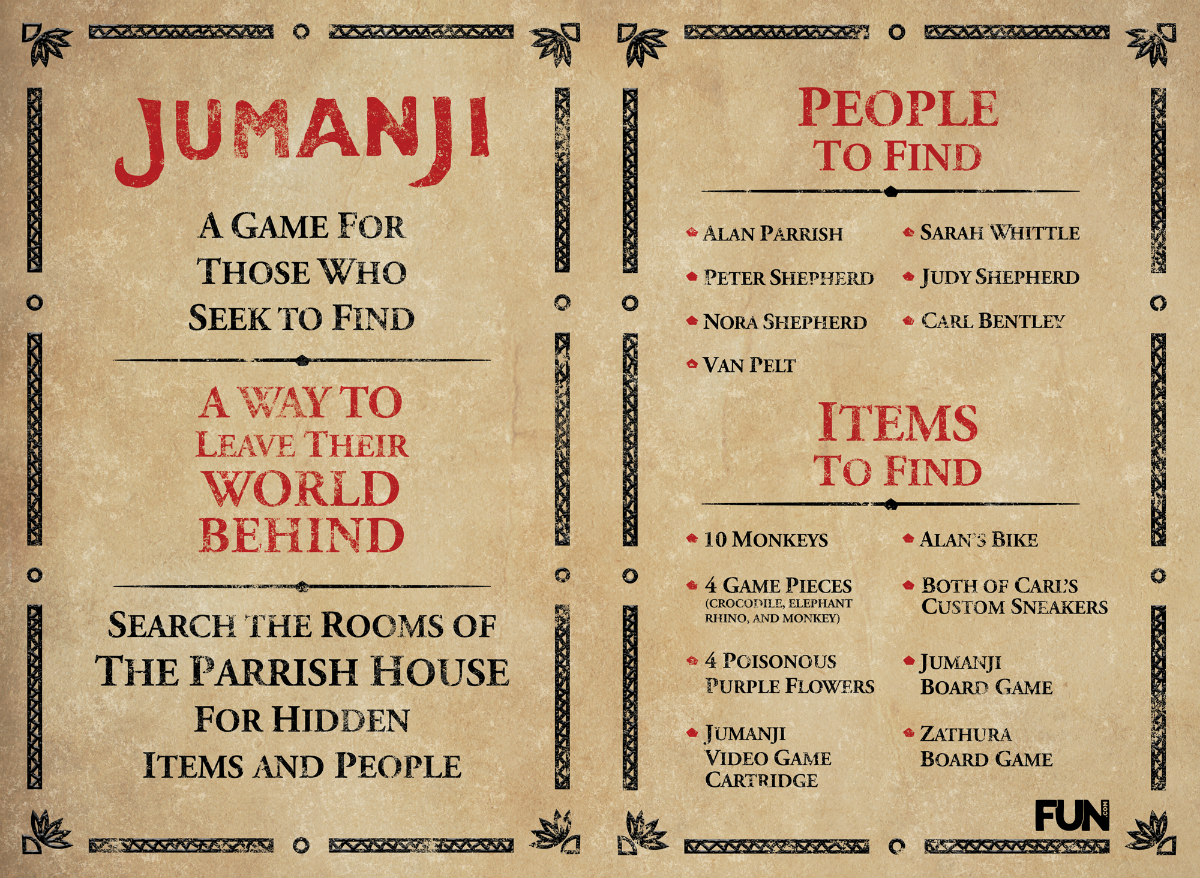 And for those who always seem to lose the rules, we made a high-resolution version of the Jumanji game and rules in a single image!

Did you find everything in the Parrish house? Let us know in the comments. Also let us know which game we should make next! If you’re interested in playing your own game, we carry all sorts of board games and puzzles!